Last Sunday i took Jacob down to the retro gaming show in Margate for a boyz day out and to play in the Lords of War tourney that was taking place on the last day of the show: 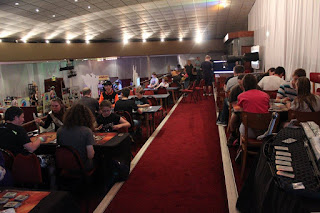 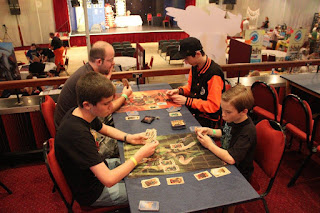 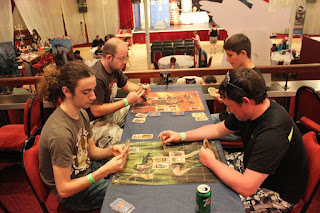 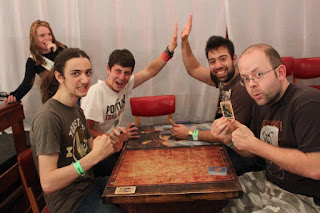 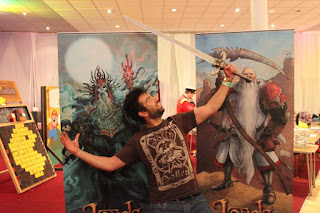 Sadly i couldn't repeat my performance in the Expo Championship and i lost out in the semi finals to Hamdi Tajaddin, a really good player rocking those dirty Templars!!!

The Final was a very tight game between Hamdi and the eventual winner, Mikael (Pictured with MY Sword haha). Jacob and i had a great day out and met some top people, Martin and the LoW gang were as always, a great laugh and it was nice to hang out with them for the day.

I cant be too dispondant tho as i currently top the Lords of War World League table for 2015, hopefully i can keep that spot with Dragonmeet coming in December!

Whilst chatting with the guys i was able to get some goss on the next expansion for Lords of War, Undead vs Templars 2 and also on future products that i am able to discus hehe:

More details will come over the next few months and we are really looking forward to the Kickstarter and building up our Undead and Templar decks! Roll on October!

Email ThisBlogThis!Share to TwitterShare to FacebookShare to Pinterest
Labels: Lords of War, Spotlight