As the title says, the 10mm Ogres kickstarter i mentioned a while ago has begun and at this moment is nearly funded! 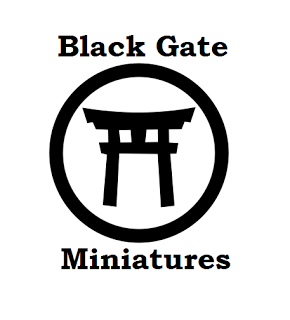 I managed to get Barry away from the forges for a little more info on it, Ogres and Black Gate Miniatures as a whole:

Readers will have seen the preview models that Sinister Squid Studios and myself have painted up over the last few weeks, which we both agree are fantastic minis to work with.

What prompted you to come up with and produce the range? And what made you decide on Ogres first?

First off, thanks for letting me share my creation with you! The history of Black Gate Miniatures (BGM) is relatively simple; i wanted to use a 10mm Ogre army and couldn't find a range to buy and that lead me to thinking about creating one. I've always loved Ogres, they are so different to any other race and really bring a lot of character to the table... The world deserves 10mm Ogres!!

I already own all the equipment needed to produce miniatures, namely a vulcanising press and centrifugal spincasting machine, and just needed a project to sink my teeth into, Ogres came along and gave me that opportunity. 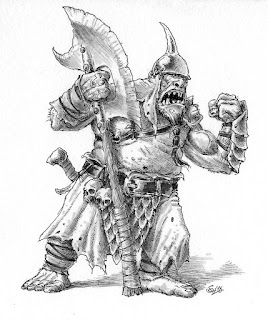 As a new starter in the world of miniature production, how have you found the process to get to where you are now; first ks on the go and mini range being created?

The hard bit is finding the talent. I am a process kind of guy and really enjoy the production side of the miniatures. On the creative side, my imagination is good but turning that into art, sculpts or a decent paintjob isnt my strength. Luckily, i have some contacts, who have contacts, and we managed to put together a team of creative talent i am very, very happy with:

The kickstarter itself has been pretty painless to this point, although it is always a little scary exposing something you have worked on to public scrutiny!

The range is to be fully compatible with existing 10mm wargames, but we have seen talk of BGM producing its own system to support the Ogres and future ranges, how have plans progressed with this?

Ah yes, the three year plan! Year one is the "Year of the Ogre", year two will hopefully be the "Year of the Evil Dwarf" and then year three will see the release of the "Kings of the North" (KoTN) miniatures game. The game is set in the North and will feature battles between the different races that live in the cold wastes. I have some great ideas for the game but it will have to wait a while yet before being unleashed onto the world.

Best of luck in the campaign, Fanplastic Little Men is 100% supporting it and the minis will be featuring heavily over the coming months!

Thanks for your support FPLM (and Richard!) it means a lot to me, hopefully the world wants 10mm Ogres and BGM can help realise them!

Im getting hold of some more preview casts to paint up on unit bases to give you all a better idea of the size and scale, and how well they match up to existing miniature ranges, more on this in a couple of days.