The Carrot Crunch is upon us, this time tomorrow the first 3 games will be done and hopefully Lashor Devastation will have been victorious... but i doubt it!

I will be keeping a diary of results and will post up my progress (or lack of) in the evening.
Posted by Ridmasta at 12:37 No comments:

Renses on the Starboard Bow!

Took delivery of the new Rense Navy ships yesterday, beautiful models they are! I hope to get started on them tonight and have them finished by the end of the week.

The Fleet stands at:


That gives me enough stuff for 500pt starter box games to begin with, then move up to add carriers and then 1000pt games.

I'll eventually want to add a few more cruisers to fill out the squadrons but that can wait for a bit!
Posted by Ridmasta at 21:27 No comments:

Team Slaanesh has an Assistant

The one benefit of 2 babies needing 4am feeds... early morning painting time ftw 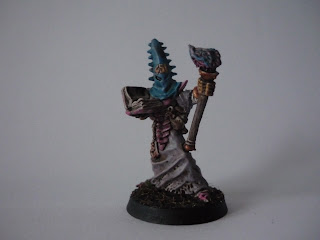 Thats all of Lashor Devastation im gonna get finished before the Carrot Crunch on saturday, hopefully get the rest done shortly.

Posted by Ridmasta at 21:20 No comments:

Got some more Team Slaanesh players and my Head Coach finished today! 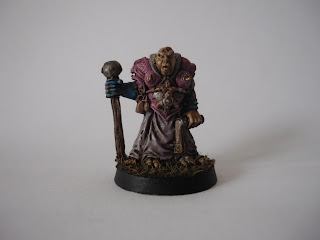 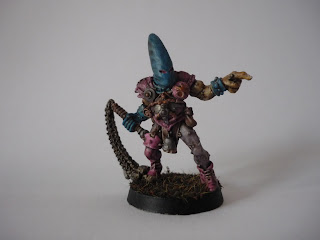 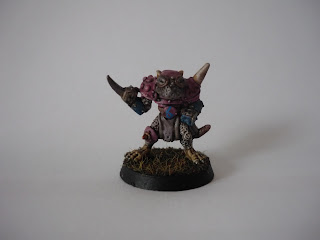 Posted by Ridmasta at 12:35 No comments:

The two weeks that was

Not got much done on the painting front in the last two weeks, slowly working on more players for the Team Slaanesh (had their first outing vs some lizzies... didnt go so well!), been doing a lot of sales of painted miniatures too, not "pro" by any means but its all well painted tho.

Ive taken delivery of 2 Road Hogs for my Thornfall Alliance army, courtesy of 4TKgaming (www.4tk.co.uk) in colchester, hope to have them up and running soon.

Speaking of warmachine, ive started a cryx force now, amassed just over 50pts or so with 2 casters not seen in my meta; eSkarre and the Witch Coven.

Updates soon!
Posted by Ridmasta at 13:29 No comments:

Finished the daemonettes in between some night feeding, they are the pestigors for the Pact side of the team 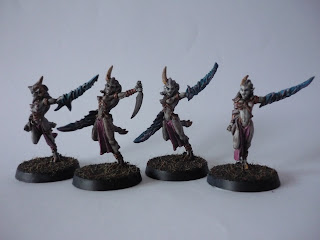 Posted by Ridmasta at 22:29 No comments:

The Devastation to hit the road!

Its the season of Slaanesh for my blood bowl calender, a year of using my new Chaos team; Lashor Devastation. Ive negotiated with the missus to go to 3 tournaments over the coming months, the RIOT Bowl in Woodford Green, the Carrot Crunch in Sudbury and our very own Bunker Bowl in Chelmsford.

I'll be publishing reviews and progree reports as to how well/badly i get on... hopefully some casualty awards are in the offing!

Before these away days, its nearly time for the CBBBL V to start, our 5th league, running for 10 games with the possibility of continuing, 1 game a week over 4 months, culminating a week or two before the Bunker Bowl at the end of september/october
Posted by Ridmasta at 14:13 No comments:

Finished 6 Rense Frigates this morning, Spartan failed to supply the stands hence the odd photo. They should be here soon tho.

This is all the RSN available for now, roll on july! 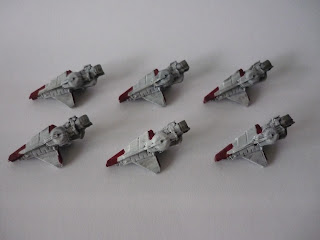 Posted by Ridmasta at 14:05 No comments:

Leeroy's had a sex change!

Regular Bunkerites will be aware of my much beloved Chaos Pact Goblin, Leeroy the Wretched... now in his 10th incarnation as people keep killing him ;-D

Now with the new team, Leeroy has had a change of heart, and hair and body... 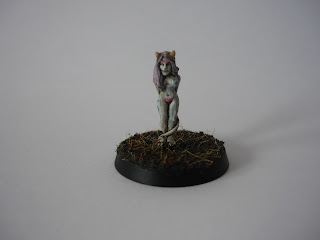 Hail to the King!

Finished my Banshee Dreadnought, Flag Ship for the RSN 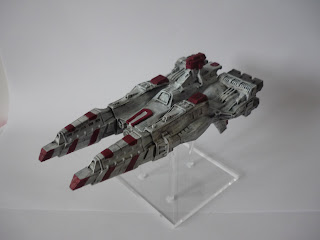 Posted by Ridmasta at 02:12 No comments:

This badass artwork was spotted at lock n load, it shows the new farrow warlock from the Hordes: Gargantuans Expansion coming latter in the year... looks epic, and knowing PP the model will be as awesomsauce as the art.

It appears we piggies are getting a bonegrinder warlock! 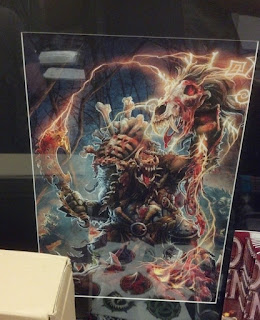 Posted by Ridmasta at 13:26 No comments: