My first of three units of Blightkings are finished: 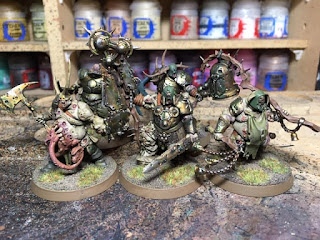 The Blightkings kit is superb with the number of variations you can build each model as hehe, i believe i wont have to field a duplicate in my force!
Posted by Ridmasta at 07:57 1 comment:

Here is my Sorcerer, im using Fecula from the Wurmspat warband from Underworlds, its a far superior model than the old grubby santa finescast haha: 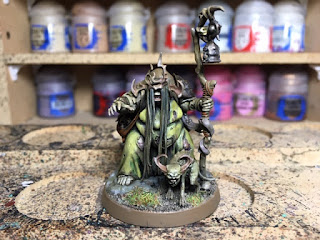 The other two members of the warband will be mixed in with Blight Kings down the line.

Age of Sigmar: Lord of Blights

First of my mortal heroes is the Lord of Blights: 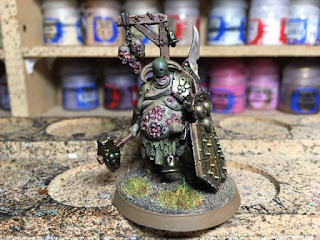 Hes a great little support hero, granting a ranged attack to nearby Blight King units and his funky command ability makes a friendly nurgle unit harder to hit!
Posted by Ridmasta at 09:57 1 comment:

Age of Sigmar: Even moar Plaguebearers!

The least annoying horde unit to build and paint is now complete: 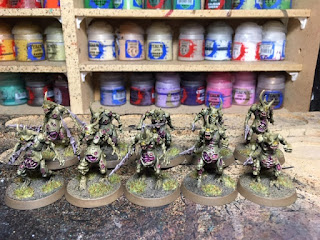 Now for a couple of characters i think; Lord of Blights and a Sorcerer!
Posted by Ridmasta at 04:40 1 comment:

Next ten Plaguebearers are done: 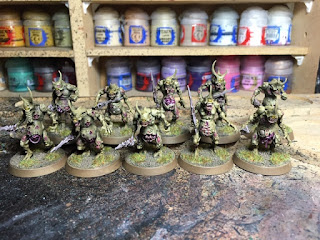 Here's the start of my first unit, a big 30 block of Plaguebearers: 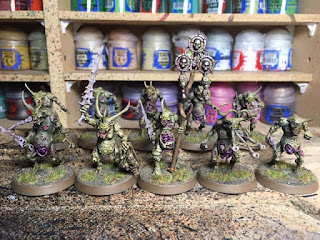 Painted in a similar style to the Great Unclean One, i could probably have done these in one big blob but decided on three batches for sanity haha.

The new Munificent Wanderers subfaction looks good with these, the GUO will make enemy 6s to hit spit back mortal wounds, the new locus of corruption worsening the rend of enemy attacks by -1 and plaguebearer natural toughness hopefully means they wont die too quickly!
Posted by Ridmasta at 23:46 1 comment:

I've signed up for the AoS Essex GT again this year held at Wayland Games in July so i was looking at my options to prepare for it... I've sold my Flesheaters and Stormbros, and didn't think my Pigsplitterz would be up to task so it was time for a new force: 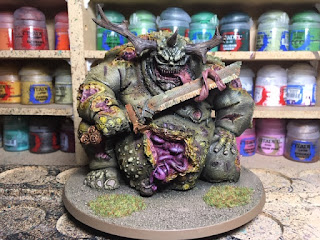 Nurgle! I knew i would need a force that didn't rely on its spells given that Nagash and Tzeentch will be everywhere, i needed some tough troops that could do the hurt even on 3+ save Petrifex Bonereapers... and most importantly it had to have some cool models that would be interesting and quick to paint.

Nurgle ticks all these boxes, and they recently had some new subfactions come out in the wrath of the everchosen book to bring them up to the same level as the other chaos books.

I already had the FW Great Unclean One in a box from a long ago moved on project, probably some 40k army about 10 years ago haha, so it was an obvious starting point for my legions and takes up nearly 1/5th of my points already.
Posted by Ridmasta at 00:59 1 comment:

A small change around for my list for the Jack of Herts event; im going to take a regiment of Shock Troops instead of the second Warlock for some more hitting power and also to better capture objectives: 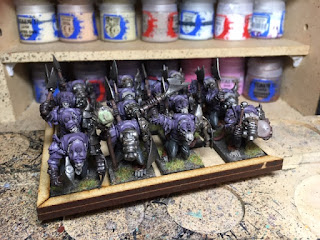 Gives me a more rounded force and hopefully will be a stronger list.
Posted by Ridmasta at 07:54 1 comment:

I went for something a little different for my Undead models in Godtear, i wanted a simple yet unifying scheme for them so settled on an evil spirit effort of grey with a fleshshade wash and then a terminartus stone drybrush: 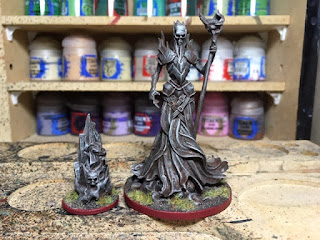 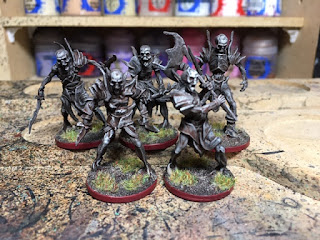 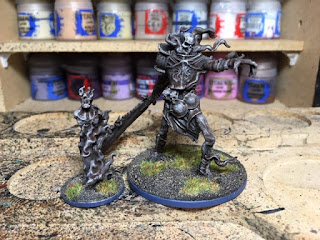 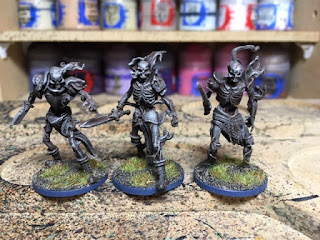 Luckily for me the best way to identify different models in Godtear is by painting the base rims to match the class type, so the face that they are all painted the same wont be an issue on the board.

These have been sat on the painting desk for a month half finished so i finally got round to finishing them: 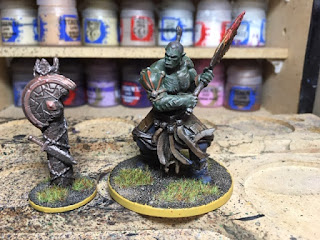 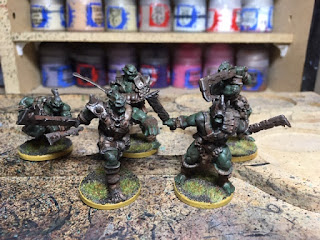 A second maelstrom champ for me, Blackjaw, murderer of enemy followers haha... seriously his ultimate will swing a game turn 8-10pts in your favour so use it wisely. The reavers are a fast moving horde unit but they have an interesting special rule that lets them -1 dice from enemy follower skill rolls unless they have 3 models in the hex doing the roll... spread the reavers out to really hamper enemy followers, which will force them to bunch up and become easy prey for the boss orc!

Email ThisBlogThis!Share to TwitterShare to FacebookShare to Pinterest
Labels: Godtear 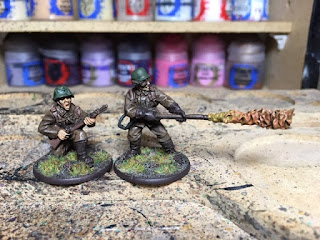 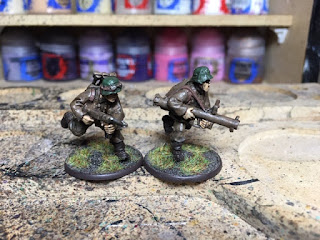 Im a few bits away from completing this force i think; another truck, another flamethrower team, a Nimrod and the Rocket Laucher Artillery piece should do me :-D
Posted by Ridmasta at 00:54 4 comments:

Lord of the Rings: King of the Dead and Shelob

I've been meaning to pick up the plastic King and Heralds pack since it was released hehe, but only finally got round to it this weekend! Shelob too is a new addition... hateful model to build! 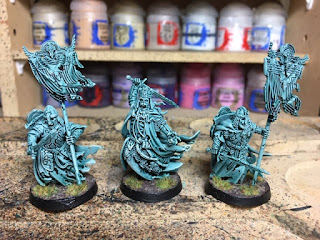 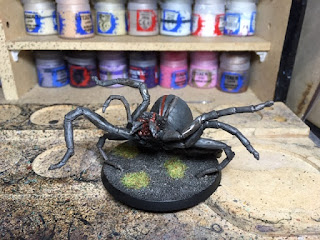 I have a couple of LoTR events booked in now for march and June, the Dead of Dunharrow / Return of the King Legion will be my good army for these for sure.

Posted by Ridmasta at 08:40 No comments: