To Infinity and Beyond!!!

Well... ive finally cracked! For several years a few of my mates have been banging on about me starting Infinity, but ive always resisted... until now :-D

The release of Campaign: Paradiso and the new Tohaa faction has sparked my interest in the system, and with the main rules and human sphere expansions available for free on the Corvus Belli website
www.infinitythegame.com, for free, it only sweetens the deal!

I was passing by tabletop nation on saturday so stopped in with the family to have a quick look at the campaign being played. It was good to catch up with an old friend Stu Mackiness of the tempus Fugitives (www.tempusfugitives.co.uk) and he introduced me to Carlos, one of the designers of the game. We got chatting about the Tohaa and their place in Infinity and he signed my copy of Paradiso with some awesome custom artwork: 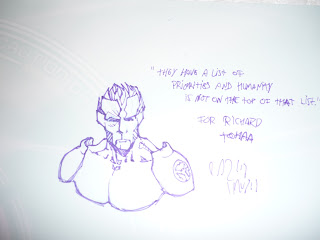 Needless to say i was well happy, and im the proud owner of a shiny new Tohaa starter set waiting to be painted... as soon as those Dangleberries are done hehe﻿
Posted by Ridmasta at 12:19 2 comments:

Both the Cultist squads are finished so thats the Chaos army done, really enjoyed painting them as they were quite challenging! On with the Dark Angels over the next week or so... 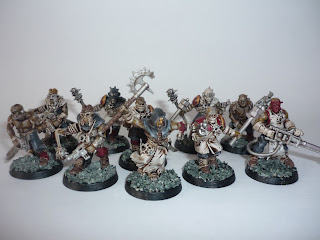 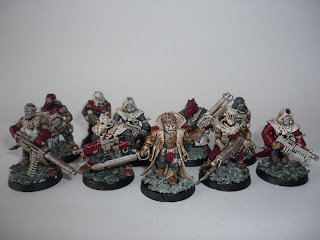 Posted by Ridmasta at 08:13 No comments:

This commission has really gathered steam now, the Chaos Lord and Helbrute are finished and ready. The Lord was quite fidly to do but the Helbrute kit is brilliant to paint... i recomend it to painters out there to pick up even if they dont collect Chaos forces! 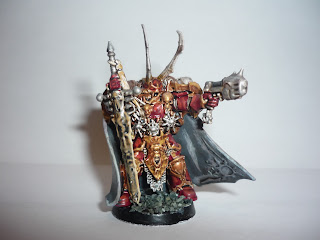 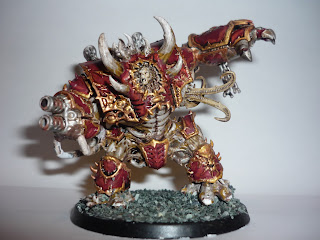 I will be shortly starting the cultists, and hope to have them completed over the wkend or on monday, then its on with the dangleberries!﻿
﻿
Posted by Ridmasta at 13:18 No comments:

The first unit for this commission is complete, the 6 Chosen armed with a variety of power weapons. these models are very detailed, lots of work was required to pick out the red armour in between the gold and the bone sections!

More to follow over the coming weeks, ive got a mates wedding tomorrow so none will be started till monday evening, not sure what to get done next tho... 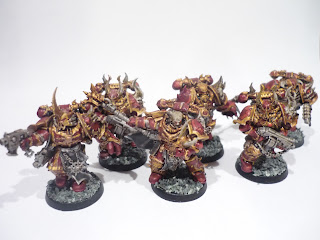 Posted by Ridmasta at 13:54 No comments:


I was feeling confident as the day started, but i was draw to face Tom Pugh and his mighty lizardmen team... i was doing ok till he had an epic turn of destiny and he killed 3 of my guys and knocked out another!!!!! It was an uphill struggle from then on and couldnt keep them out :-(


This was a great fun game, lots of end to end stuff and a lot of knocked out zombies! I had the numbers and was able to grind out the draw and go up the rankings.

Last game of the tourney was against Luke, one of my best mates, and a good coach. I ground out a turn 6 TD then basically held on wth tight defence for the next 10 so i could sneak the 1-0 ftw!

I only had a few secs to check the results before having to shoot home but i think i came 13th out  of 26th, with 2/3/1 so im happy with that for a wkends work hehe
Posted by Ridmasta at 12:52 No comments:

First game against my mate H-Bomb and his Undead, i had the run of the dice in this game battered a few players off the pitch and my boys romped ahead in the first half, then consolidated in the second. All in all a comfortable win that put me on table 1!

Top table meant top opposition in the form of Besters! He won the Bunker Bowl 2yrs a go so i has well happy with the draw, a very tough game that i could have won with a little more luck :-D

Another game against a fellow bunkerite in the form of my good mate Paul. Paul is a great player no matter what team he uses so i knew i was in for another toughy! A third kickass game in a row, i needed an equaliser on the 16th turn  to keep me in a good position at the close of play!

The Bunker Bowl is upon us again!

Although i had said i was going to use my Chaos team for the whole year, i have broken that vow and decided to use my old Dwarf team, The Kadr Idrys Bulldogs, and try and win some games for a change hehe.

They are quite a famous team, having been featured on Mantics website a few times as they are converted from their dwarf range from kings of war.
Posted by Ridmasta at 23:50 No comments:

My Godslayer stuff arrived yesterday, the banebrood and halodyne starter boxes with the rules/backgroud books. All in all its a great package, the banes are built, srayed and washed with earthshade to pick out the detail.

I hope to get a game next week with the full rules :-D
Posted by Ridmasta at 13:59 No comments:

Email ThisBlogThis!Share to TwitterShare to FacebookShare to Pinterest
Labels: Godslayer

Enforcer Captain is done, its a really nice model to paint, well worth picking up! 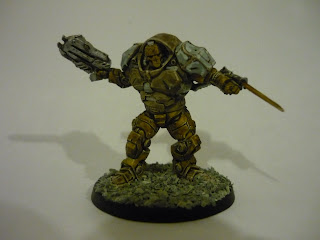 Email ThisBlogThis!Share to TwitterShare to FacebookShare to Pinterest
Labels: Warpath

A quick job whilst i wait for the dark vengeance set to be delivered . 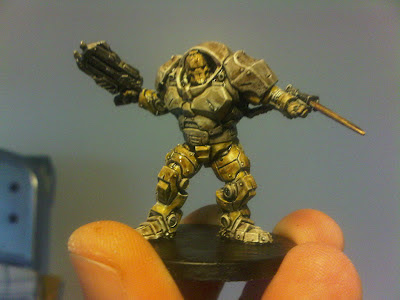 Posted by Ridmasta at 04:49 No comments:

Email ThisBlogThis!Share to TwitterShare to FacebookShare to Pinterest
Labels: Warpath

It is a sad day my friends... its time to sell my Black Legion army.

I cannot reconsile using them with another chaos codex that is so far removed from my ideals of how they should be. Over the next week the entire 8000pts will be going on on ebay, i'll post a link to the sales on here.

I like the new codex enough to build up a renegade chapter army tho, painted slowly to the highest standard, but this will have to wait till my current commissions are completed. I'll have to study up on schemes and find a good one!

Im not sure on the force to use as yet, but the dark vengeance set will form the core, and im not fussed on making it competative as i only paint what i like to paint rather than what the internet says is good.
Posted by Ridmasta at 21:40 2 comments:

Morghoul is finished and that completes the plastic battlegroup. Im seriously tempted to keep these as a starting point for a skorne force, let me see, that just needs a bronzeback, a shaman, nihilators, agonizers, orin midwinter... 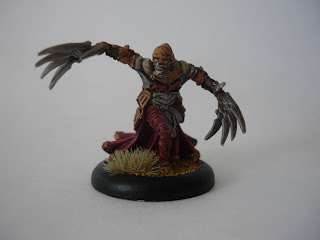 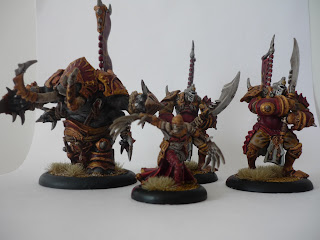 Email ThisBlogThis!Share to TwitterShare to FacebookShare to Pinterest
Labels: Skorne

Bert and Ernie ready to rock

The 2nd Cyclops Savage is done, leaving just Morghoul who i might with any luck finish tomorrow when my girlfriend is out with her mates ;-D 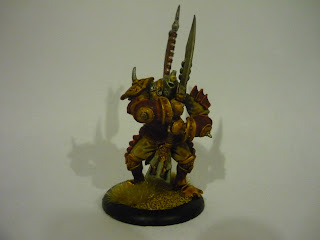 Posted by Ridmasta at 13:04 No comments: