There's been a bit of a delay in getting the rest of my Skorne force table ready, real world problems and the arriva of Fringe season 4 has cut down my painting time of late, but i have found the time and mojo to get my Agoniser done.

Just need to finish my beast handlers and im ready with 15pts boom! 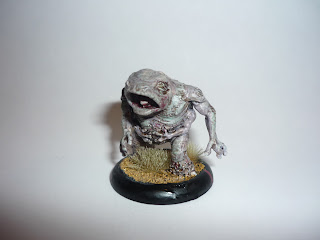 Posted by Ridmasta at 12:13 No comments:

Email ThisBlogThis!Share to TwitterShare to FacebookShare to Pinterest
Labels: Skorne

Over tge fourse of november, the bunker is running the warmachine dark secrets league, i missed week two but was down for week three yesterday. We had 2 games of 25pt mangled metal doubles, and i was teaming up my pigz with my mate rodders and his dirty legion of everblight!

Straight of the bat i broke right and headed for the khador berzerker swarm led by pVlad, a caster i'd not faced before but was cobfident of scrapping little berzeker jacks. This left kegion to go after menoth, and a couple of early mistakes by dace saw ekreoss squashed beneath an avatar and on fire! Khador got the charge on me with vlads feat but only a couple of jacks made contact and damage was minimal with my arm21 hogs. My turn three and i feated which left 2 scrapped berzerkers, 1 juggernaut and 1 drago... turn 4 saw a roadhog bbq of a knock downed vlad haha.

This time it was rodders who made the daft mistake and got pthags killed on turn 2 as the enemy ganged up on him with pdennys feat, a seraph and typhons flames! my turn 2 and i crashed into the cryx lines, setting fire to denny and killing a scythean, the collapsing terrain of the scenario helped as i basically got another turn on the cryx and bbq'd denny. I lost by scenario as i was just out of my control zone, byt everyone agreed that barry's caster was dead next turn with a full health road hog and possubly a warhog that could have got to her.

All in all a great laugh, mangled metal is a great equaliser for pigz as the enemy is lacking all the support pueces they are used to and since pigs have none its all good!
Posted by Ridmasta at 02:22 No comments:

Finally finished my Triad Strike Team! These are a lot more detailed than the viridians so took a bit longer to get done, but we should be getting our first game in this week at some point. 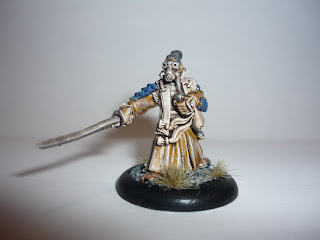 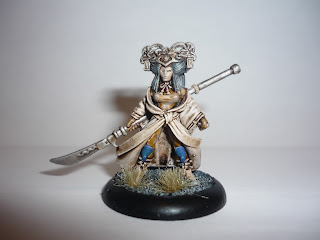 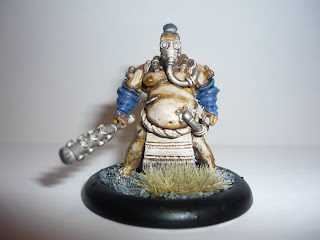 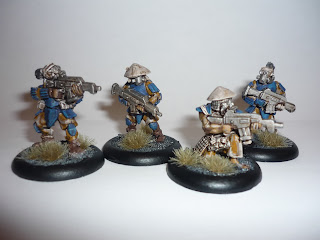 The Battle for Iskandria starts now...

One of the presents i got Jacob for his birthday was a Viridian Strike Team for Urban War, from Urban Mammoth. It looks simple enough for the boy to play, but strategic enough to be a challange.

I purchased a Triad Team to play against him, and we'll be expanding these forces to retain parity. First up is Jacob's Viridians... 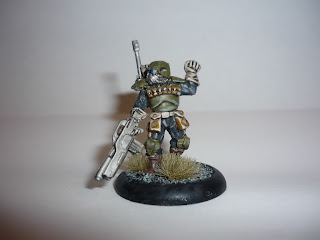 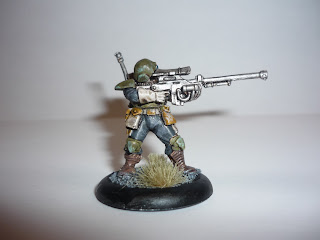 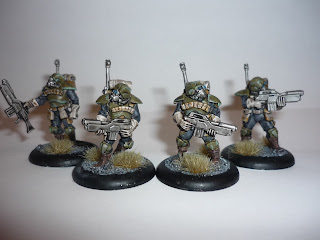 The last two pieces of this commission, the marine characters, are now completed. 4TK are very happy with my work so i shall be delivering them to their shop on wednesday night. 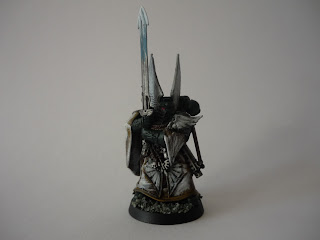 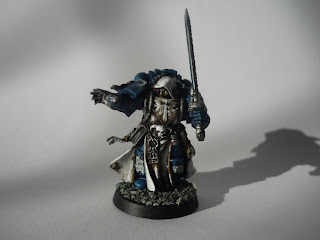 I have really enjoyed painting up this commission, it has been a lot of fun and has tested my painting skills throughout. It has taught me a great deal too, and advice from fellow painters has been invaluable!﻿
﻿
Posted by Ridmasta at 09:21 No comments:

Its my stepson's birthday today, the Warmaster is 7yrs old!

He wanted to have some friends over for some painting and a game so thats what we did... 3 boxes of 1/72 plastic soldier company tanks, 9 basic paint brushes and a stripped down version of flames of war later and 7 boys had an awesome afternoons gaming hehe 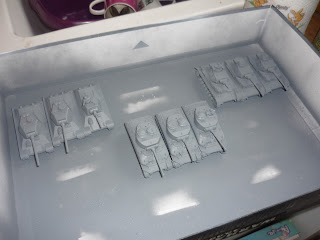 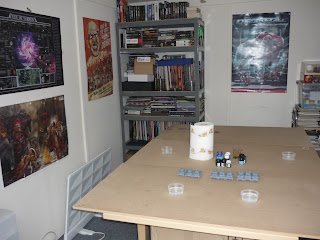 Showing the boys the ropes﻿ 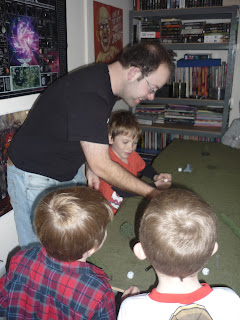 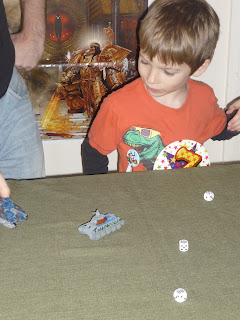 Cake topped with a load of his favourites from my collection﻿ 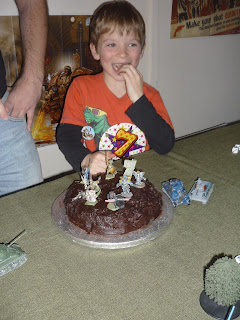 I think we'll have to do another one next year hahaha﻿
﻿
Posted by Ridmasta at 08:40 No comments:

Just the characters to go now, i should be delivering this early next week to 4tk :-D 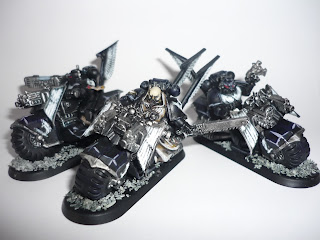 Posted by Ridmasta at 23:52 No comments:

Finished the Tactical Squad this evening, nice and simple to do but look quite striking with it tho! 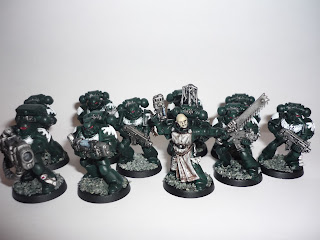 on with the Ravenwing tomorrow... im shattered and im off to bed haha

Ive just completed the Deathwing Terminators for 4TK, a few schnide painting sessions on works time massively helped out with these bad boys, bone plate isnt the easiest to get done haha 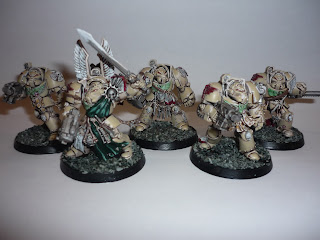 On with the Tactical squad next... after painting 15,000pts of orks many years ago i had sworn never to paint green in anger again d'oh!