We are apparently entering the last few days of availability for ordering extras for the darklands kickstarter from back in February.  Ive taken the option to add a brute starter set, some more foot drunes and a could of the medium sized mosters to my force... my sparing partner Erik has invested in a Jotun so I needed the heavy support!

Mierce have released a few teaser details of a 2nd kickstarter to fund a full hardback rulebook and the next wave of troops for the existing and additional factions... fingers and toes are crossed for some cavalry similar to the mounted kernuor model!
Following on from my undead bbowl commission, I have been asked to paint up a Lizardman team in early september for a friend. That will probably be the last I do this year, with a shedload of darklands stuff to paint up before the wargods arrive,  its going to be a very busy run in for the end of the year, but thats just how I like it.

Hopefully I'll actually get some games in next year haha
Posted by Ridmasta at 05:47 No comments:

Email ThisBlogThis!Share to TwitterShare to FacebookShare to Pinterest
Labels: Darklands

Its been a little while since ive done anything bloodbowl related, but a mate of mine asked if I could paint up his Undead Team ready for an upcoming league at the Bunker: 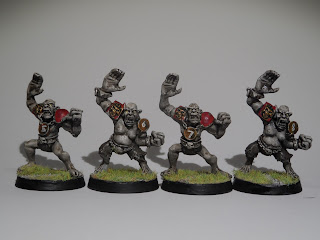 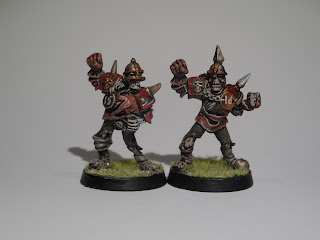 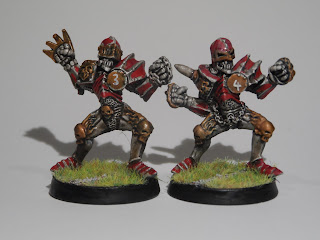 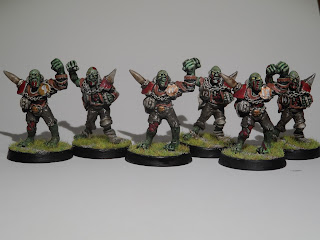 These are the last 5 models of the dystopian legions FSA commission: 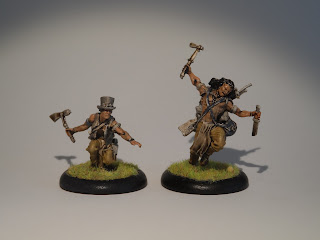 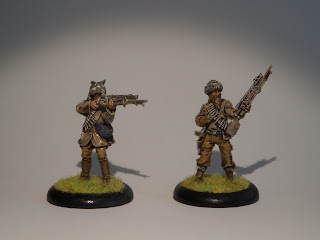 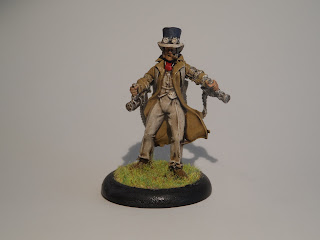 I have really enjoyed painting these up, and hopefully next year I will be adding a force of my own to my collections!﻿
﻿
Posted by Ridmasta at 06:58 No comments:

Next up for this commission is a selection of HQ's and the machine gun support for the infantry section I painted up yesterday: 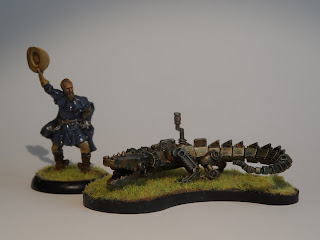 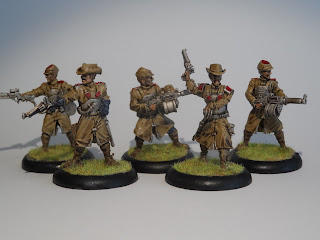 After pretty much a week off painting with "real life" bits and pieces to do I have completed the infantry section. I am liking how this project is coming together and in the next batch I work on will be the robot crocodile hahaha 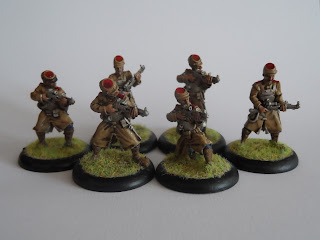 My friend Jason has just begun a kickstarter to fund the publishing of his first mystery/thriller called Zachariah's Ark. Jason is a very good writer and this will be a massive boost for his career if its funded.

Please have a look and pledge on to it!
Posted by Ridmasta at 14:46 2 comments:

I have all the models in this commission built, sprayed and washed but have struggled to find the time go get some painting in until this evening: 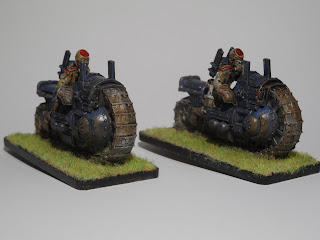 Ive done my best to stay true to the studio scheme and I think its a decent copy of it. More will follow very soon and next up will be an infantry section.﻿
﻿
Posted by Ridmasta at 12:54 1 comment:

The State of the Union

Its been a mad week with grumbling kids, late nights of Convergence events and a healthy bout of ebay sales so ive not got any painting done this week!

Sad times I know, but having got some gaming in with my Cogs force and won some medals for being ultra badass on the field haha.

In other news, Warploque Miniatures have launched a kickstarter to fund the printing of a full colour rulebook and a range of models to go with it. Alex has sculpted most of the range already so there will be minimal delay on the project.

The quick start rules can be found in update #13 and are well worth a look :-D

Bit of an update for my Banebrood: 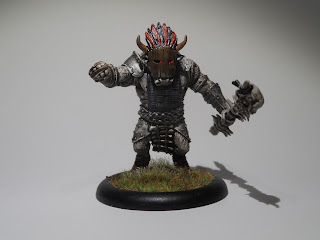 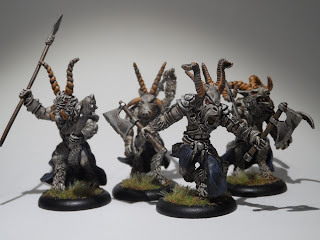 That takes me to 300pts of these which is the standard size for games of Godslayer. The Reavers and the Cyclops will hopefully be out by the end of the year so more updates will follow in due course.
In other news I have another painting commission come in for some Dystopian Legions miniatures; Starter box, specialists, 2 bikes and the general with the robot crocodile hehe ﻿
﻿
Posted by Ridmasta at 13:42 1 comment: