A quick team paint job for a friend of mine who wanted his next tourney team completed asap hehe: 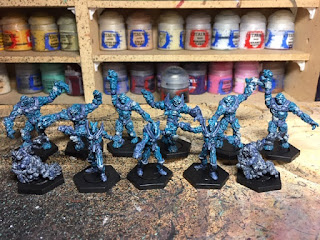 These guys come as a translucent blue plastic but being able to keep that and paint in my style was not going to happen so i had to create a new crystal blue scheme for the bodies.
Posted by Ridmasta at 12:02 1 comment:

A productive day of hobbying as got me back on course for the clubs league: 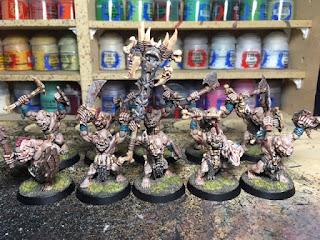 A second unit of Savage boys to fill out my ranks a bit! I have now run out of my stockpile of hog heads so more have been ordered from Maxmini, hopefully they will arrive in the next week or so to enable me to start on Octobers models as soon as the month begins.
Posted by Ridmasta at 14:12 No comments:

Its been a while! Only managed to get a bit of painting done on monday and then finished them off last night: 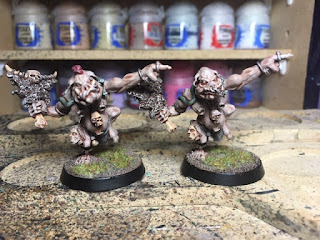 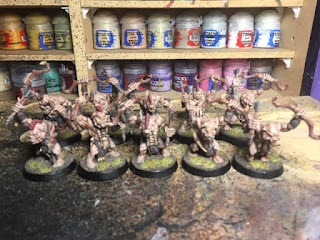 The Arrowboys are to add to my existing unit to make a 20 and bring some more shots to the board hehe, the Wardokks are spellcasters with a random buff each turn... i can see them changing a bit with the new book to make them more reliable and useful.

I have some free time over the weekend so plan to paint up another 10 regular boys to take me to 1000pts painted for our club league night on wednesday.

Posted by Ridmasta at 09:37 No comments: 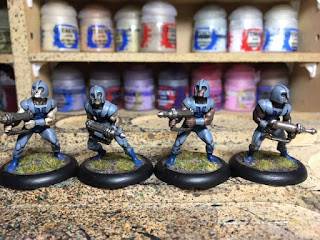 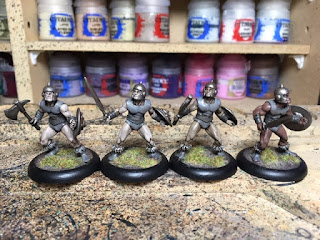 The evil humans i believe only appeared in a few of the ladybird books but and some more variety to Skeletor's forces!
Posted by Ridmasta at 06:29 2 comments:

Battletech: Getting the Band back together

Whats this you say? Battletech? Yep Battletech, i played the hell out of this game back in the mid/late 90s and now its back and so am I! 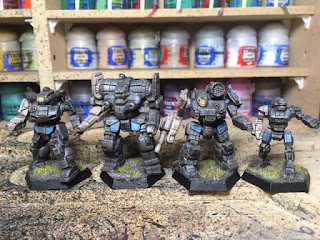 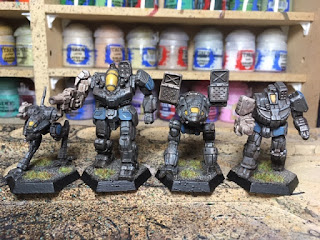 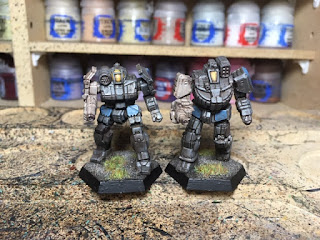 I backed the recent kickstarter... did rather well you might have noticed with around $2.5 million pledged hehe, but i wanted to get back in playing before that so i tracked down copies of the most recent armoured combat box and the beginner boxes.

I also noted that a more streamlined version of the classic had been produced in my absence, Alpha Strike, which made playing large Mech engagements possible and able to be finished in a sensible amount of time haha.

I bought that book and have had a quick go at it with a mate, a few mistakes but we got a 3v3 finished in about 30mins so i think im going to solely play this version of the game as its much better for club nights and evening warfare.

Im also going to ignore all of the older metals/plastics/resins, and most of the more recent metals too as quite frankly they look poor and out of scale with the above modern plastics and the upcoming range from the kickstarter.
Posted by Ridmasta at 00:30 1 comment:

Email ThisBlogThis!Share to TwitterShare to FacebookShare to Pinterest
Labels: Battletech and Alpha Strike

Wow 19th of August was my last post haha, and i think it was a day or so after that the last time i picked up a brush before today! 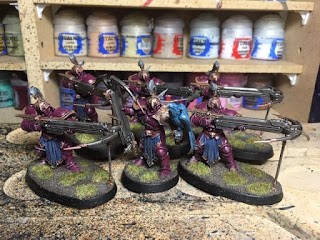 Man I am glad these are finally finished, and with them i also have a full 2000pts Astral Templars army that i think i started back in April....


Still, all good tho, can concentrate on my Pigsplitterz now though without distraction.
Posted by Ridmasta at 10:35 No comments: