After a bit of a hiatus i have completed my 2000pts list for the Essex GT: 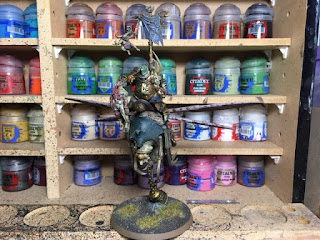 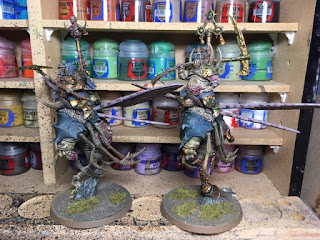 A tank hero choice and some beautiful flying cavalry models... not the most effective models but very cool and should be reasonably durable at least.

Lord of the Rings: Rangers of Arnor

I've now finished this project to the desired level of 550pts by completing a warband of ten Rangers of Arnor: 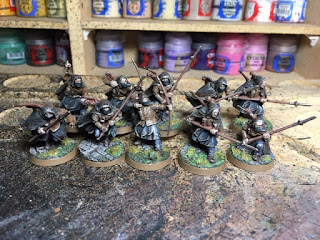 Whilst they are characterful enough models they do now show their age a bit, they aren't a touch on modern plastic kits hehe, but the army is done and ready for events over the summer
Posted by Ridmasta at 12:08 1 comment:

Lord of the Rings: King Arvedui, Malbeth the Seer and Command

With all the regular Warriors of Arnor completed i have moved on to the important command figures for my force: 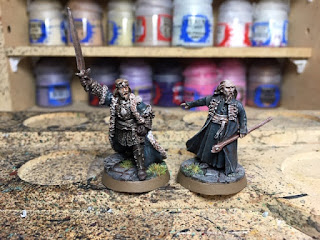 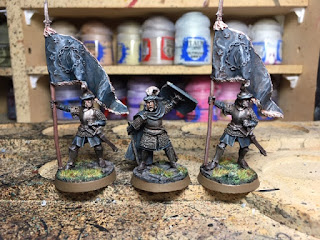 Now that these are done i can start on the last warband which is ten Rangers of Arnor!

Lord of the Rings: More Warriors of Arnor

Another warband of spearmen finished off: 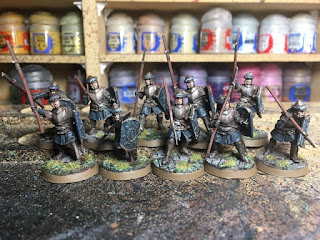 Twenty four of these spear chaps in my force hehe, next up will be the heroes and banner bearers!
Posted by Ridmasta at 09:31 No comments:

Lord of the Rings: For the Defence of Arnor!

As a break from painting up the Nurgle i have put together an army of Arnor for an event around the same time as the Essex GT hehe.

Arnor is a pretty limited faction compared to say Minas Tirith with only six choices but they are all quite good. First up is my largest warband of warriors: 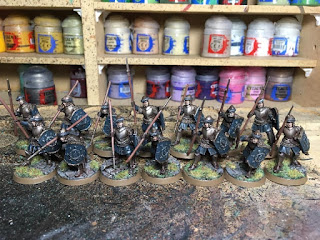 All Warriors of Arnor come standard with spears and shields and a decent fight of 4 and Def 6... the downside is a courage 2!!! The army lives and dies by its ability to keep its main heroes; King Arvedui and Malbeth the Seer, alive and then form a close bubble of courage immune troops with a 5+ save hehe.

The TLDR of it all is that the army works as an elite horde army at smaller pts levels but falls apart quickly at larger than 600pts without allies.
Posted by Ridmasta at 05:29 No comments:

Age of Sigmar: Even Moar Blightkings!

Back and raring to go following a LoTR tourney on Saturday i have finished my third unit of Blight kings today: 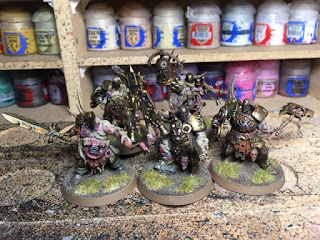 This lot all have metallic face plates to mark them out as being together. Now that the Kings are all done i can move on to my cavalry section in the form of the Lord of Afflictions and two Pusgoyle Blightlords!

I've got this next unit of Blight Kings painted today in between jobs at home: 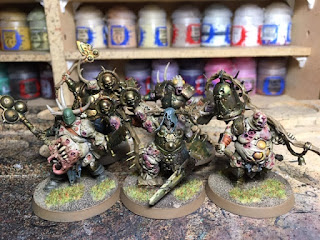 I have my first game arranged for Wednesday so i've spent most of the last week building and undercoating the extra stuff i need for the game rather than just building and painting it one unit at a time as i was before.

I now have everything i know i will need ready so i can build up a couple of things to summon like Nurglings or a Herald of Nurgle... i've ordered a couple more Feculant Gnarlmaws that i hope will arrive for the game but i can just proxy those if need be.
Posted by Ridmasta at 06:42 1 comment: