Ive finally been convinced to start playing Lord of the Rings SBG hehe, its only taken two years of nagging by people haha!


I looked over the various forces and decided that a Gundabad Orc army was for me, these are the ones from the Hobbit trilogy rather than the original films: 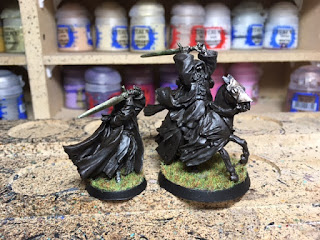 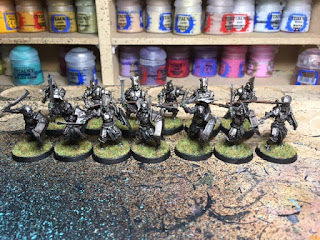 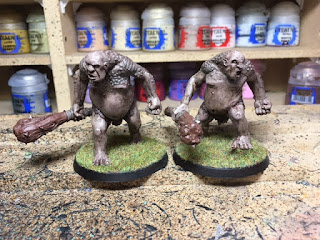 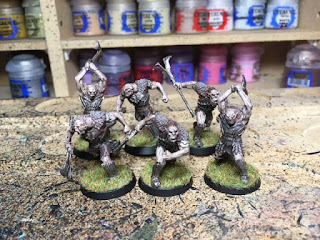 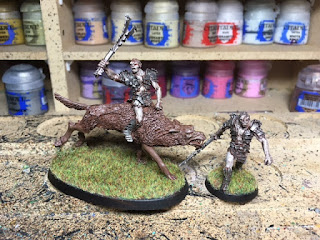 I have a warband of twelve Hunter Orcs about half painted so will have them up shortly too. This all gives me just over 700pts, and our standard games are 600pts, but i want to add in more of the lower level heroes and another warband of troops to give me more options!

So a productive day today, painting my living room and also these beauties from Black Gate Miniatures!

These are the first casts of the second kickstarter campaign which smashed it out of the park and funded the rest of the entire Ogre army: 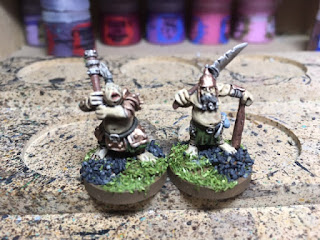 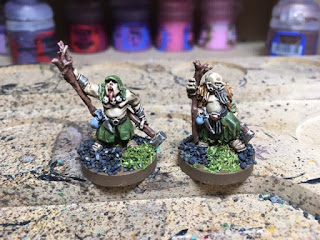 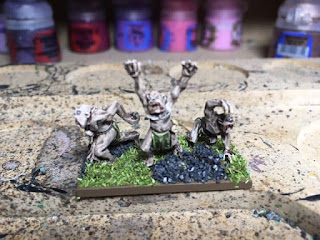 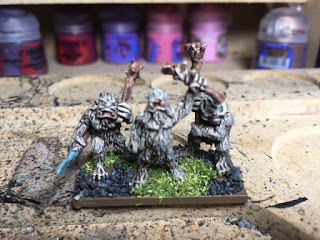 Again great fun to paint and very characterful, ive seen the Hill Giant and the Mammoths as well and im very much looking forward to painting them up for Black Gate too.

Yet again work has been a killer, and in the week following our tourney ive only managed to get the following 5 Hexwraiths completed: 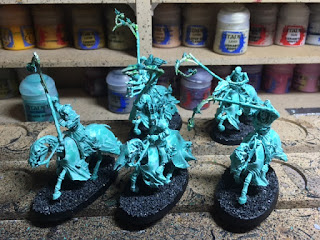 At the event i picked up a few more bits to round out my force, so more updates on they army soon... hopefully!
Posted by Ridmasta at 10:57 No comments:

Email ThisBlogThis!Share to TwitterShare to FacebookShare to Pinterest
Labels: Age of Sigmar, Nighthaunt

Literally all my free time has been spent on this project: 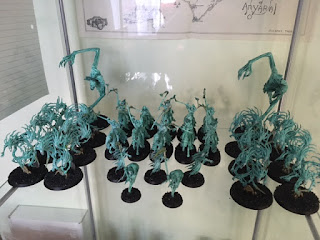 Yep that is a 2000pt Nighthaunt Army for AoS that ive built and painted in just 8 days haha... I had 14 to do it in as i wanted to take a new force to a tourney on the 16th rather than my Khorne so it had to be a quickish project. Seriously tho, Nihilak Oxide is amazing, and if the army were already built i could have done maybe 4000pts in the same time! 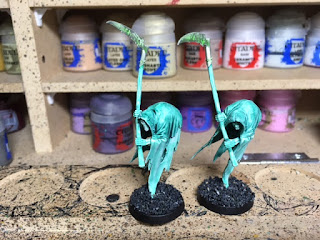 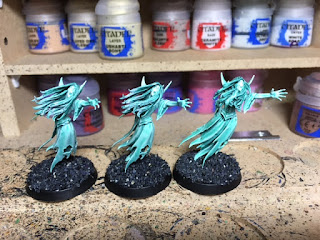 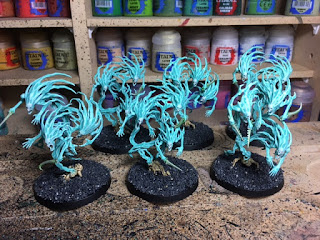 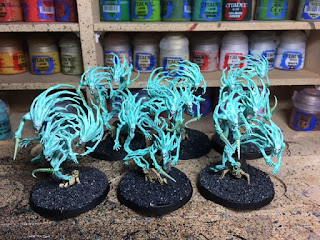 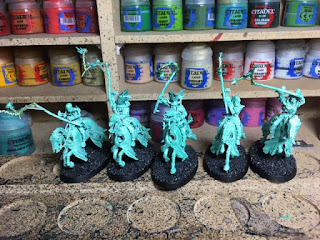 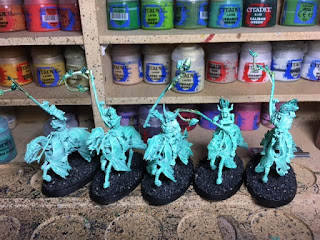 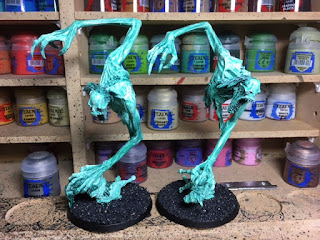 Mourngul took a bit of a hit with the GHB17 update and are now just good rather than stupid, i dont feel bad taking two of them in this force... if i have the time and it arrives i will try and get more Spirit Hosts and Hexwraiths painted rather than use the second Mourngul tho.

Posted by Ridmasta at 10:39 No comments:

Behold! The third Khorgorath in my collection is now complete: 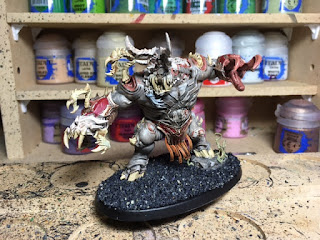 This guy completes the force i was planning to take to the Essex Fury event, but now there is a possibility that a mate of mine might be using the Khorne... i've started another force, can i paint it all in two weeks! We shall see haha, updates to follow!
Posted by Ridmasta at 09:53 No comments:

Email ThisBlogThis!Share to TwitterShare to FacebookShare to Pinterest
Labels: Age of Sigmar, Khorne

Well August was a bit of a shitter for painting with work and holidays! Lets hope September is a big improvement... starting with these bad boys to give me a complete 30 strong unit of Khorne's footmen: 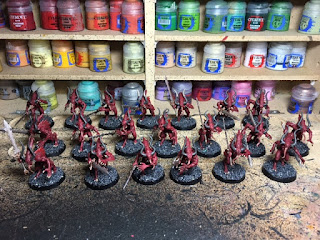 I have a third Khorgorath and 20 more Bloodreavers still my Bloodbound are complete... till i get Valkia and Skarr Bloodwrath of a mate that is hehe
Posted by Ridmasta at 12:48 No comments: