A mate of mine signed up for a 1000pt Kings of War tourney in February which gave me the impetus to jump back into the system after quite a hiatus!

I was umming and arring over what faction to pick having previously used Undead, Abyssal Dwarves, Herd and Varangur, when i spied a pick showing official Mantic conversions of Warpath Veer-Myn models with orc or goblin weapons to make som very cool Ratkin models and i was sold.

Im starting off with this, a Lord of Blights: 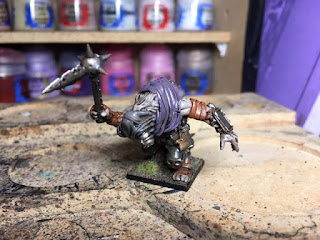 Based on a special character Veer-Myn from Deadzone but given a fantasy combat arm i think it looks pretty cool to be fair.

I have quite a lot of Veer-Myn coming for Xmas from the family so will really be able to crack on in the new year!
Posted by Ridmasta at 09:27 2 comments:

This one has been a long time coming but im glad its finally arrived! 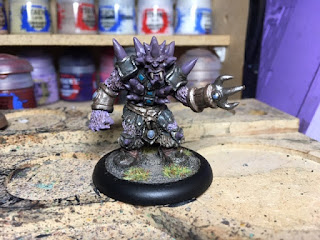 Spikor is the latest of these created and definitely one of my favorites hehe
Posted by Ridmasta at 23:58 3 comments:

Starting up my Cirith Ungol themed expansion to my Barad Dur / Mordor collection with these Mordor Uruk Hai: 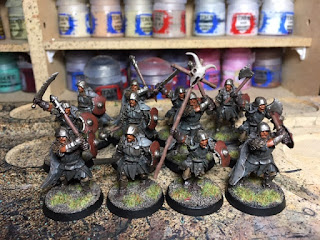 I have yet to face them on the board as they are often overlooked for Morannon Orcs as they are more expensive and have no option for spears but the models were cool and it was simple enough to swap some weapons and add shields to them.
Posted by Ridmasta at 04:02 3 comments:

Lord of The Rings: Barad-Dur reinforcements

A few more bits completed for my Barad Dur force: 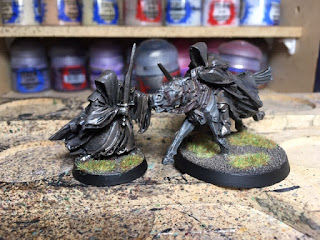 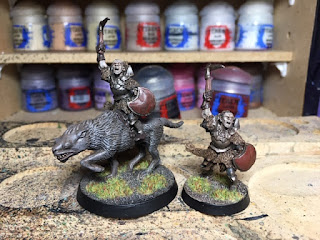 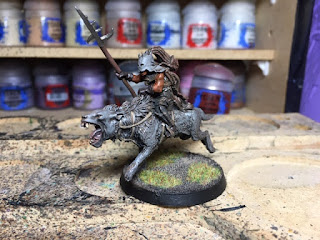 Rounding out my Pigsplitterz for now is this bad boy: 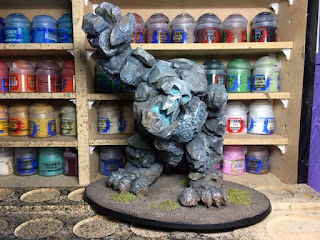 This is the second Idol i've painted up hehe, the last was many years ago for my old Ironjawz army back in 1st ed.... now its back and improved with Bonesplitterz / Ironjawz keywords so can make use of all the superb buffs from within the factions.
Posted by Ridmasta at 06:51 4 comments:

Age of Sigmar: Savage Boys and a Wardokk

Ive finished up the last of my Pigsplitterz infantry dudes at last: 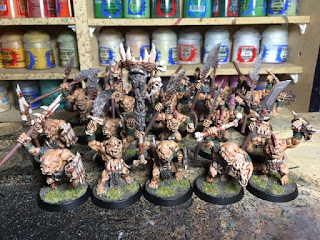 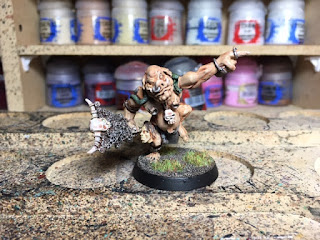 This leaves me with a nice 400pt space in my list for a Rogue Idol haha, i had one a few years ago but sold him so ive ordered another and will get it smashed out as soon as it arrives!
Posted by Ridmasta at 09:46 4 comments:


A quick addition to my Honved with this dirty beast; A Nebelwerfer haha 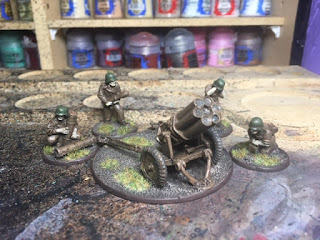 These multi launchers have the ability to devastate squads but only hit on 6's... if you can roll it then then those boys are toast!

Back off holiday and feeling ready to paint again with a new addition to my Pigsplitterz army: 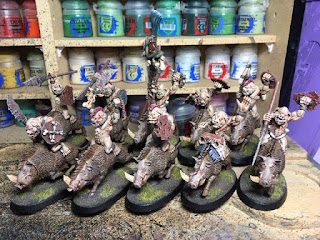 Savage Boar Boys got a big boost in the new book, getting two more attacks for the riders and hit/wound buffs on the charge like proper cavalry!
Posted by Ridmasta at 05:58 4 comments: