Time is the most precious resource that we have; I have spent most of this year with very little time haha... but not the last two days! 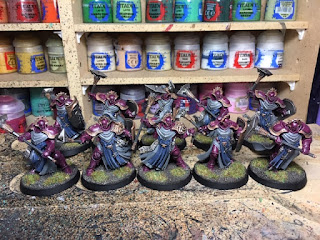 Working night shifts can be a killer but also a blessing as you get plenty of extra daylight hours for painting!
Posted by Ridmasta at 02:02 No comments:

Cant believe its been nearly two weeks haha, work is so shit right now! Yesterday i caught a break and did about 75% of the job on these models and just finished the basing off this afternoon when i got back in from my weekend job: 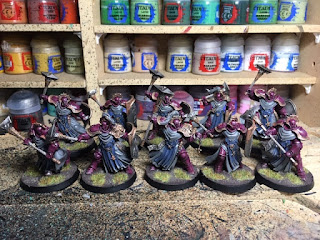 Now they are finished and sat on the shelf i can see the army starting to take shape hehe, but its going to be a slow builder unless i can really smash some stuff out this week as we are starting a club AoS league with new armies each.
Posted by Ridmasta at 08:55 No comments:

He-Man Miniatures Games: The many faces of He-Man

Yesterday gave me an opportunity to catch up with my He-Man project in a big way, a vertiable plethora of shinnies hehe: 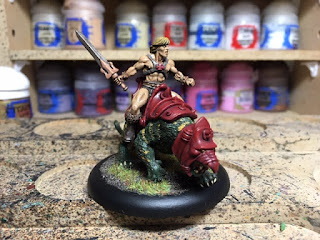 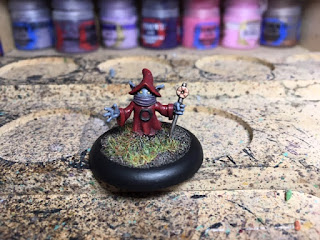 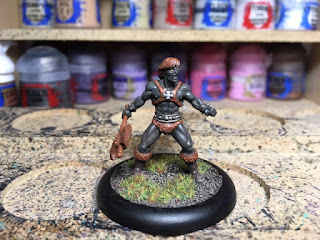 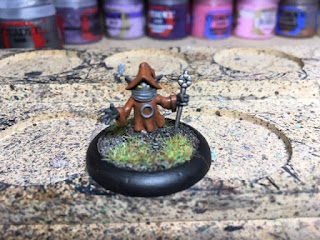 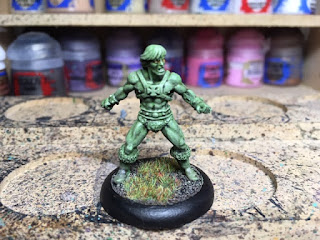 The Anti-Eternian versions of He-Man and others were introduced in a German audio drama and a few pieces of artwork, Skeletor opened a portal to the Anti-dimension which brought the evil doppelgangers to Eternia!

"Good" versions of Prince Keldor and other Evil Warriors were also mentioned but not in much detail compared to He-Man etc.

Next up for Judgement is my 6th Hero, Nephanee: 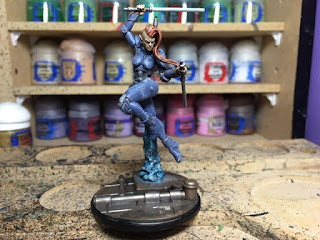 The base is not finished as im not sure at this stage how i want them to look on the more high tech heroes, i will get some games in and see where my muse takes me.

Email ThisBlogThis!Share to TwitterShare to FacebookShare to Pinterest
Labels: Judgement

Lord of the Rings: More Dead of Dunharrow

Had a break of painting AoS in the day or so before the Essex GT so i decided to finish of a couple of buts for my Lord of the Rings Dead army:

Army of the Dead Banners 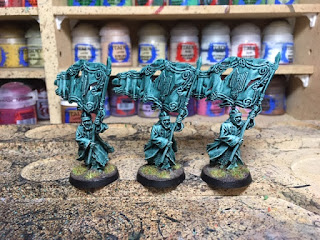 Riders of the Dead 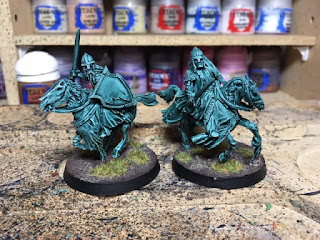 Age of Sigmar: Celestar Ballistas (All of them!)

Well that week went quick! These seem to have taken an age to finish off haha 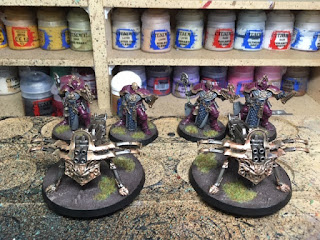 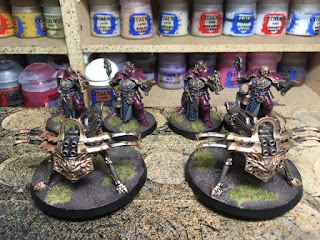 Four cheeky Celestar Ballistas for my army hehe, deep strike these buggers in and then blast the crap out of what i target... hopefully!
Posted by Ridmasta at 08:07 3 comments: