Age of Sigmar: The Dread Pageant

Next up up for my Slaanesh are The Dread Pageant, the Hedonite Underworlds warband: 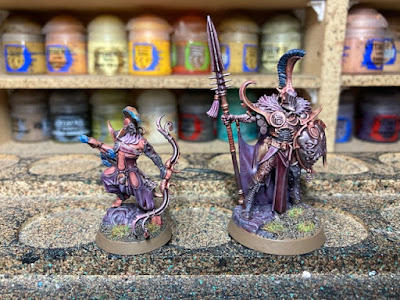 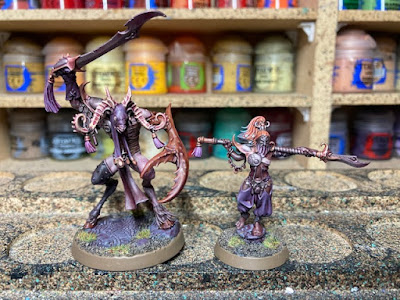 Consisting of a Painbringer Champion, A Slaangor Champion, a Blissbarb Archer and a Slickblade, they are a pretty punchy unit with reasonable survivability for their cost.
I have a unit of Blissbard Archers and some more Daemonettes on route now too!

Email ThisBlogThis!Share to TwitterShare to FacebookShare to Pinterest
Labels: Age of Sigmar, Slaanesh

Age of Sigmar: Shardspeaker of Slaanesh

Starting on some of the amazing new Slaanesh models at the moment, first up is the Shardspeaker - a wizard with a couple of short range buffs for the army: 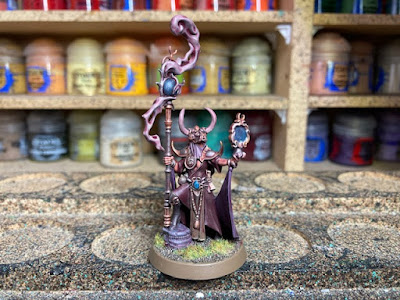 A fantastic model to paint, so full of character and took to the scheme I have on the go quite well despite not having masses of armour to pick up the reddish hue of the wash I use. Next up will be the Dread Pageant!

Email ThisBlogThis!Share to TwitterShare to FacebookShare to Pinterest
Labels: Age of Sigmar, Slaanesh

The Empire continues to summon more troops to the front lines hehe: 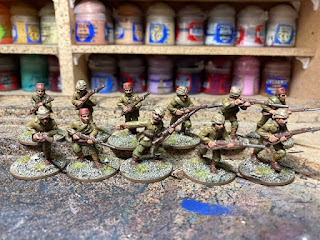 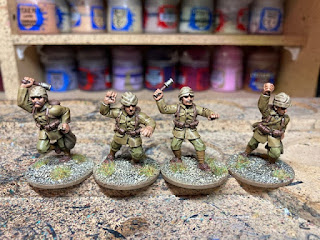 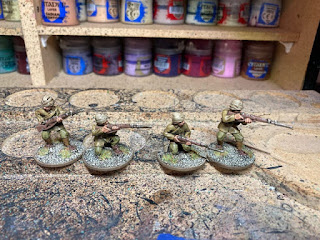 Im really enjoying painting this force, so much so that im going to give them double duty as a French army in Bolt action so will adding a couple of tanks and a few more specialized units.
I have two more infantry squads to paint but im going to take a short break and do a bit more for my Slaanesh army first.

First of my four squads of Ottoman infantry: 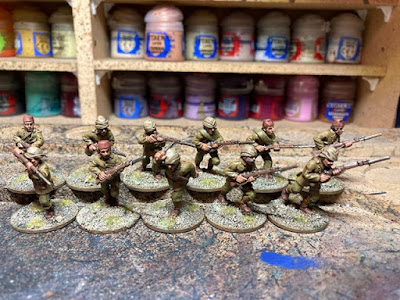 My extra Trench Raiders and Snipers have also arrived so will be smashing them out in good order soon enough.

Blood and Valor: More Ottoman troops for the front!

The next round of troops for my Ottomans are done hehe: 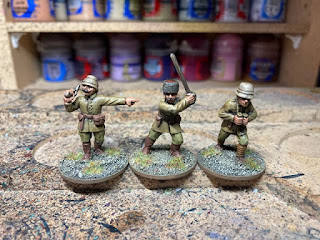 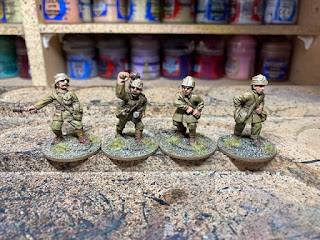 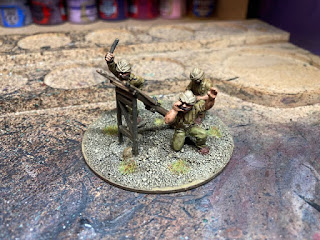 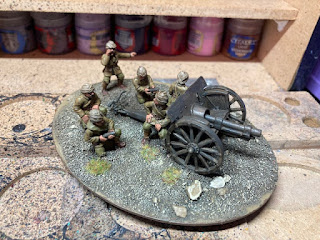 That's my HQ and most of the armies support pieces completed, time to start with the bulk of the infantry sections now!
I also have another four Trench Raiders and a couple of Snipers coming to complete my forces.

Blood and Valor: Starting the Ottoman Empire for WW1 Gaming

Every now and then my gaming group gets a bit of inspiration after someone posts up a pic or expresses an interest in a game or project... this was one such happening haha.

One of my mates posted a pic of a board setup his working on which had trenches and he asked if WW1 was for anyone... 10mins later and a load of us have a copy of Blood and Valor from Firelock Games on order along with substantial armies from a few places!

I have decided to go with the Ottoman Empire for my force, a bit unique and leftfield compared to the Brits and Germans that the others picked, but also one with a nice looking range from Gripping Beast. 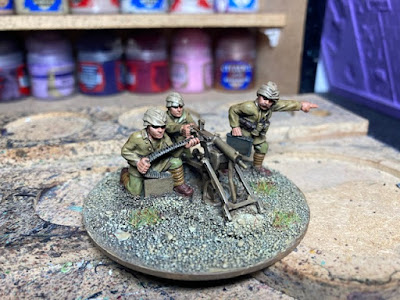 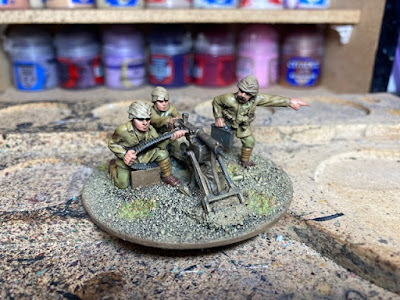 Here's my two Heavy Machine Gun teams, I've had to start on the support stuff with its bigger bases as my infantry bases weren't packed by mistake and arrived yesterday doh! Still, plenty to do on the bigger guns though. 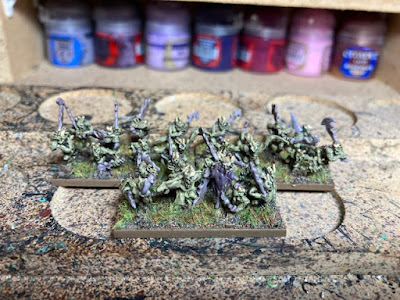 That's a nice start to an army with six regiments of these forming the core! I will soon be placing an order with Barry at Blackgate Miniatures for some reinforcements :-D

I finished off another couple of units of the demon infantry for my Warmaster army today: 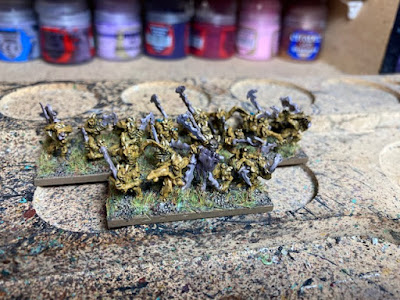 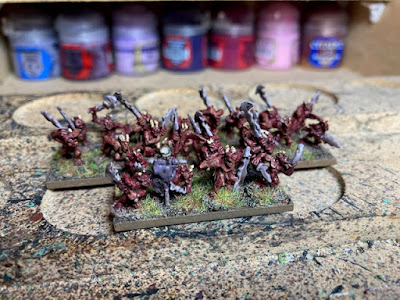 Pretty straightforward and quick to do hehe, just one more of these left in the stockpile till i can pop up the road to Black Gate Miniatures and get some more bits and pieces.