Finished these boys today, and thus complete my first brigade for the game: 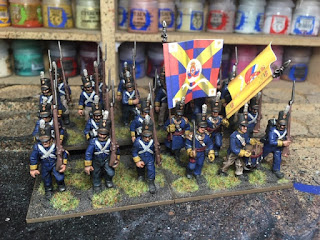 I chose to use the yellow colours and cuffs of the 21st Regiment for this unit, and again its one of the flags provided by warlord in the box hehe.

This gives me enough to start but im looking forward to adding more and playing bigger games as soon as we are allowed out of lockdown!
Posted by Ridmasta at 07:45 7 comments:

Just a quick post today, my first Brigade Commander is done and dusted: 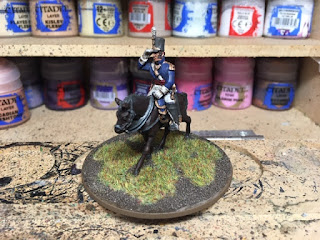 Brigadier Luis Felipe Figo is ready to take to the field haha!

Im about halfway through my second line battalion, work is killing my brush time again so i hope to have them up by the end of the week... possibly!
Posted by Ridmasta at 12:26 3 comments:

I've been working on these as time has allowed for a week or so and finally completed them this morning: 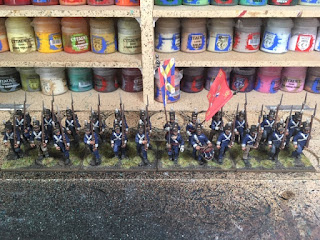 As with the Cacadores and Artillery, i've gone for historically inspired rather than fully accurate, i have missed off the piping as to a non-buff its a route of painting madness im not prepared to go down.

They do look cool all ranked up and i cant wait to get a larger force painted up and on the table... i definitely see the appeal of Napoleonic era gaming now!
Posted by Ridmasta at 00:22 3 comments:

I got these badass cannons finished yesterday night but the wife was working from home today and so robbed access to the computer all day! 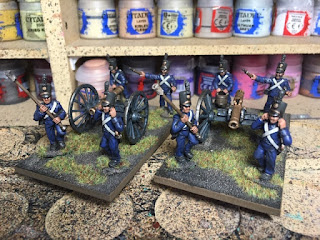 Artillery in the game isn't massively effective, its more for some speculative long range pot shots... it does become quite lethal at very short range tho hehe.

I will have a couple of batteries in my force to keep my opponents honest haha
Posted by Ridmasta at 11:08 4 comments:

There comes a time in every gamer's life that they get old enough, fat enough and grumpy enough that they here the call of Napoleonic wargaming haha... and i have reached that time!

About a month ago i posted on our clubs facebook group about wanting to start Black Powder, and got a phenomenal response from the boys, we now have about a dozen of us at various stages of beginning our forces.

I have decided to collect a Portuguese army hehe, the blue uniforms combined with the fact they have some decent light infantry sharpshooters and also were a smallish force so not requiring tonnes of different units sealed the deal. 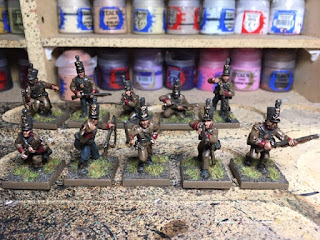 More to follow soon!
Posted by Ridmasta at 11:15 3 comments:

Finishing off this project for a while are two more dastardly villains hehe: 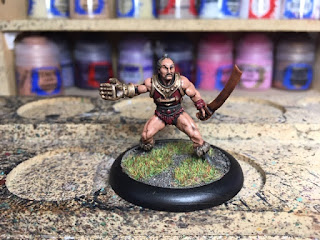 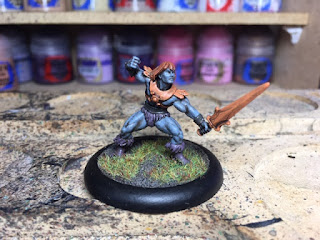 Hopefully it wont be too long before i can add to these!

Yep you can tell my work is back to its old self haha, my last bit of brush time was a week ago!

Some more MoTU models arrived on my desk yesterday so i sent them straight to the front of the queue and here are the Heroic Warriors done:


Sky high on foot and Sled 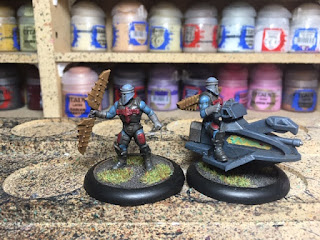 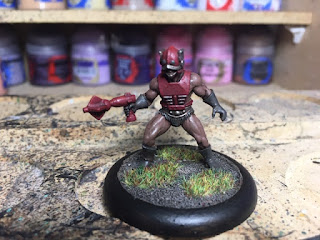 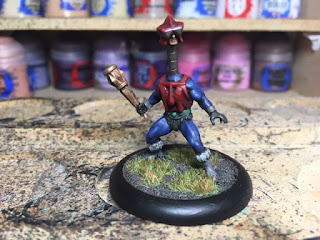 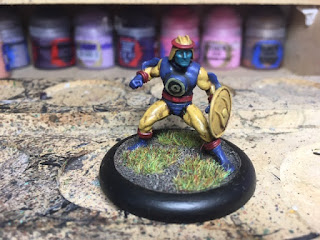 Tomorrow i will have a couple of additions to my Evil Warriors!