This is the first of many wargods models that will be arriving later in the year. I picked it up cheap on ebay, and as it doesn't come in the Eaters starter set its a viable purchase if I chose to do an undead army as my Aegyptus force.

I have Olympus and Hyperborea armies coming from the KS, roughly 1000pts of each so will probably add the 3rd army at the same points level. This is also the proposed size of games for a tourney being organised by UK backers to take place at Wargames Foundry in Nottingham in early 2014.


Eaters of the Dead - Necromancer 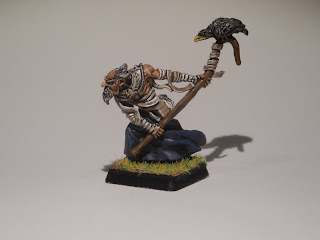 Email ThisBlogThis!Share to TwitterShare to FacebookShare to Pinterest
Labels: Crocodile Games, WarGods of Aegyptus, WarGods of Hyperborea, WarGods of Olympus