Ive recovered enough from the weekend to start my write up of the UK Games Expo in Birmingham!

I drove up there very early on Friday morning with a mate of mine as we were both playing in the Warmachine tourney that started at 10am haha. When we got there we found another couple of the local lads had made the trip but we didn't know they were going: 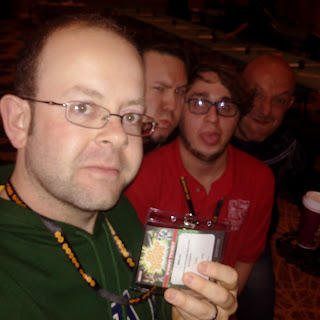 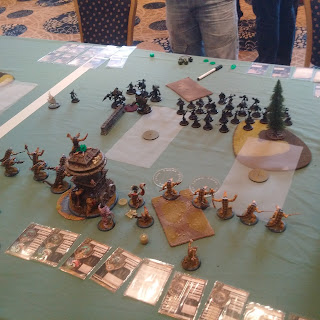 Losing not so badly to Cygnar! 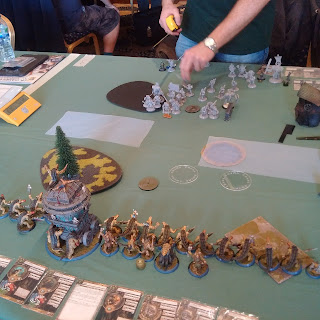 Losing by a gnats chuff to Circle! 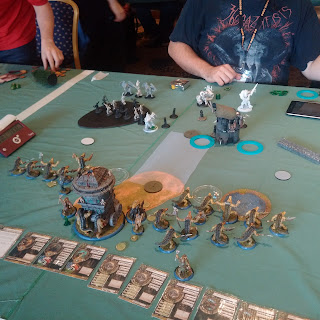 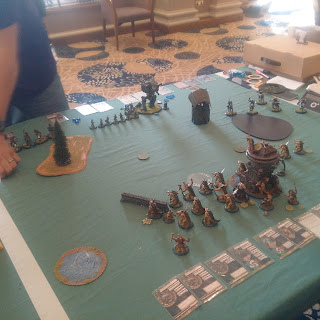 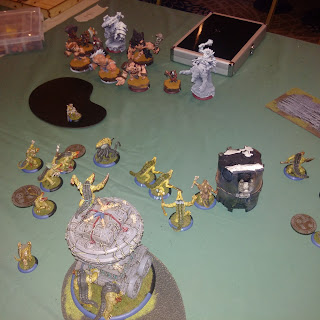 The rest of Friday was spent catching up with the guys from GCT, Guildball and Lords of War and then hitting Birmingham town for a steak and chicken dinner ftw!
For most of Saturday I was helping GCT by demoing Bushido with Carl Packham. Carl is a top bloke to work with as he's a great laugh and knows his stuff! I was a little worse for wear in the morning up soon perked up... not as rough as Gordon and Rogue tho haha, too many beers on a school night chaps!
Demoing ate up most of the time but I did manage to get some snaps of some upcoming releases that were on display:
Cult of Yurei - Kami of Choking Fog & Blighted Earth (Very excited for these!)﻿ 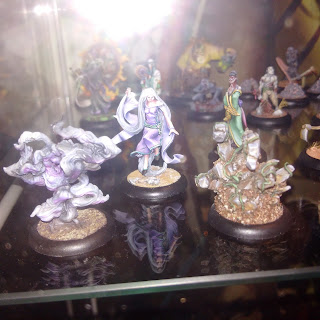 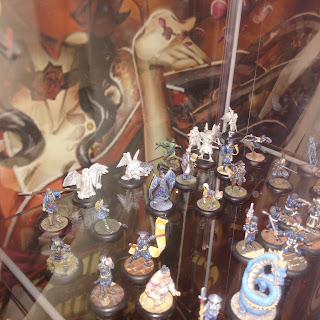 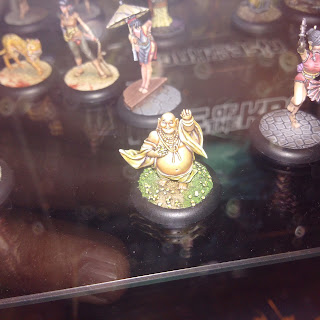 After the trade rooms closed I went over to where the Grand Tournament was being held to watch the final matches and catch up with Toby. The event was won by Chris Hales with the Savage Wave and as part of the prize he gets to develop a model for a future wave! The day was not all about Bushido tho, I made sure I had time for a demo of Guildball and a good catch up with my mate Mat Hart, co-creator of the game! I haven't played Guildball since the first alpha stage matches with Mat as I wanted to wait for a finalized rule set before I got it memorized. The game is much cleaner and flows a lot more than the early days and is well worth picking up.
There will be more on Guildball in the coming months as the Bunker is starting to really get into it!
﻿ 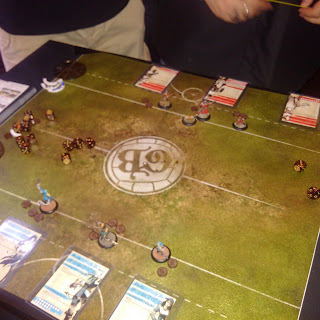 ﻿
Expo part two will be up tomorrow and will cover the lords of War tournament I entered....﻿
Posted by Ridmasta at 09:27