Yesterday was the second annual Bunkermitzu Bushido tournament, this year held at 4TK Gaming in Colchester. Numbers were down a few on last year with inflexible work shifts and sudden child related sickness defeating a number of sign ups at the end but we still managed a decent number of eight players to fight it out over three rounds to decide the Champion. I ended up having to play rather than just run the event so brought along the most silly list I could think of with a horde of kairai zombies and the Puppet Master... he was only included and I didn't own 50 rice of super cheap zombies haha 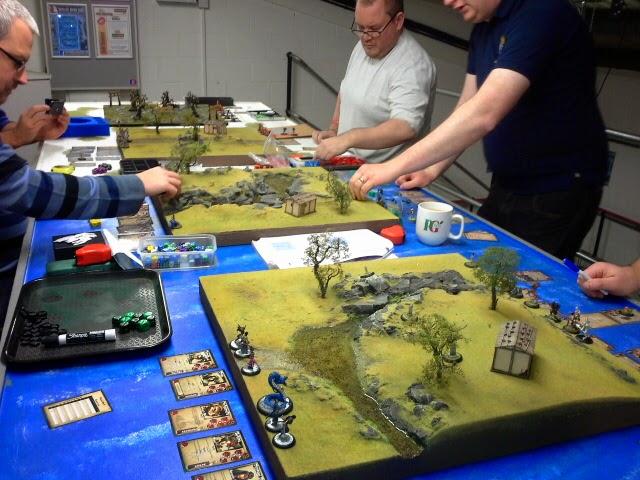 The opening game was the Seiygo scenario where combatants had to fight for control of three idols across the centre. I was paired off with Mr Stu, a relatively new player sporting a decent looking temple force. he secured the first vp before my guys had got half way towards them! Stu had a commanding position before the bloodlust set in and Master Akari charged a Kairai farmer who after some dice of destiny proceeded to murder the offending raccoon in one hit haha. More epic dice followed over the next turn or so as my zombies were able to force the monks back and take control of the objectives, gradually killing off Stu's fighters until only Tsutemi remained to play his mandolin thing as his doom approached... 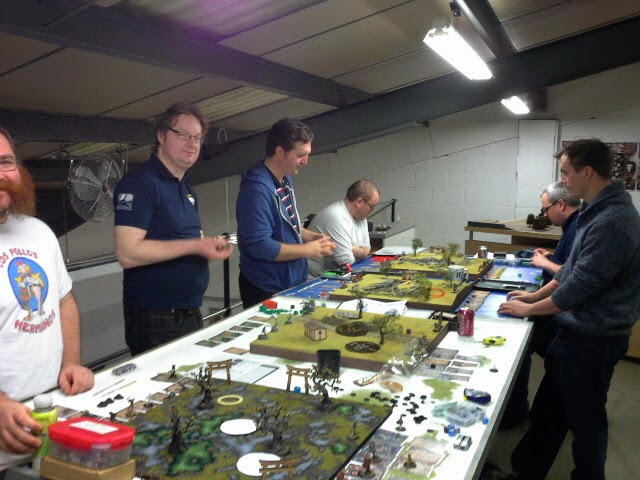 This game was played using the Ryodo scenario where there are three small zones to control diagonally across the board. I was paired off with my good friend Darren Lysenko, fellow painter and owner of Flare Miniature Painting﻿ and his amazing Ito force. I plonked Araka squarely in my home zone stopping any enemy from contesting it and set the rest of my forces to go for the other two... 3 kairai headed for Darren's zone held by Kaihime and Naoko, and the rest of my force went force the neutral zone to face off against Itsunagi, Kenzo and Sakura! Darren scored the first vp as my slow slow zombies couldn't get to his zone in time but we fought on to cancel each other out in turn 4 and me scoring the vp in turn 6 having killed off a few Ito... just not enough!
Round 3 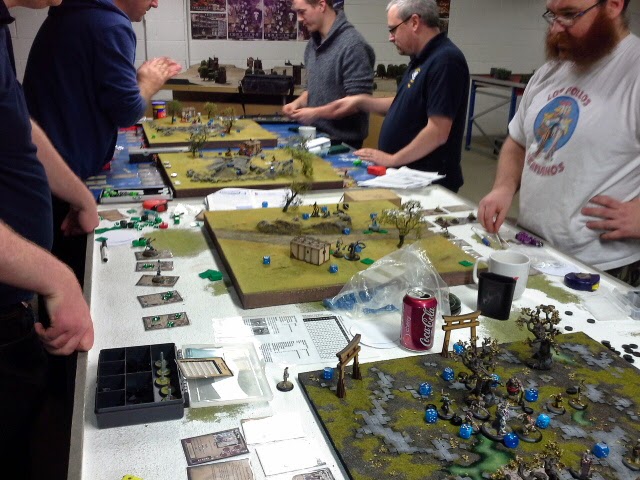 Round three was the Ichi no Riten scenario with its two large zones and VIM to create an interesting mission to test people out. I faced of against my perpetual nemesis Sherwin and his dastardly Silvermoon Trade Syndicate. The STS are a difficult faction to initially master but Sherwin has done an awesome job with them and was also last years Champion so my legion of shambling turds had an up hill struggle... luckily with nearly the entire force being dead, frightening and not going to be using kii feats, the worst of the STS Bull**** was avoided haha. Both forces came out of the gate strongly with Sherwin sending the majority of his warband at the left zone that I had most of my guys in to create a grind that my Cults resilience eventually started to take its toll on the two Buto Warriors. The right zone was all silvermoon tho as Manu defended like a boss against 3 kairai for pretty much the whole game, keeping me well out of scoring in that zone. Turn 4 saw a comedy highlight as Kato engaged Wasapu, the STS VIM and turned him into a zombie, only for Tadao (My VIM) to be taken out in the next combat after I got the bloodlust going for a kill on the stricken Fitimurua... Thems the breaks, and Sherwin was the deserved winner and retained the Bunkermitzu crown!


It was late in the day when we finished up so I didn't get a chance to get awards photos done but below are shots taken of the winners trophy sword and the Best Painted Bokken: 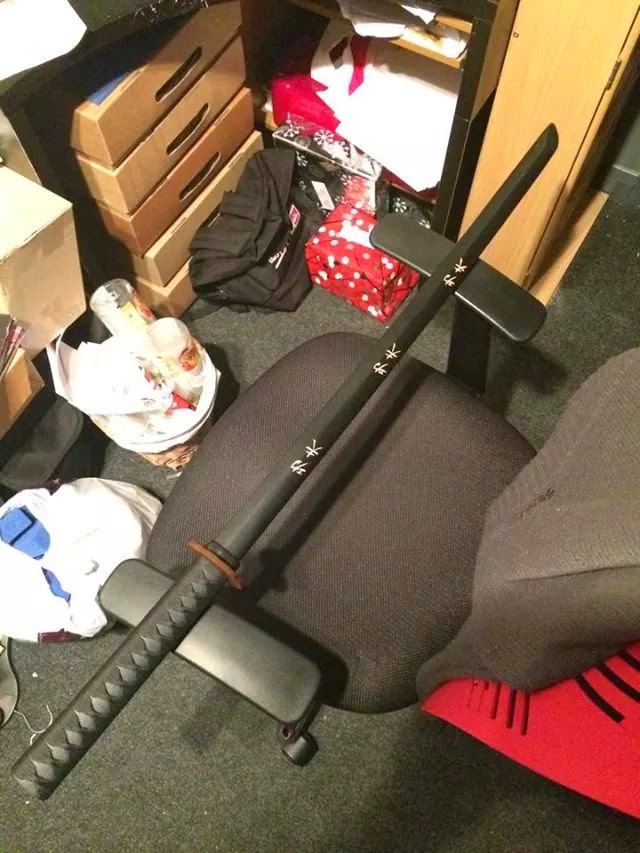 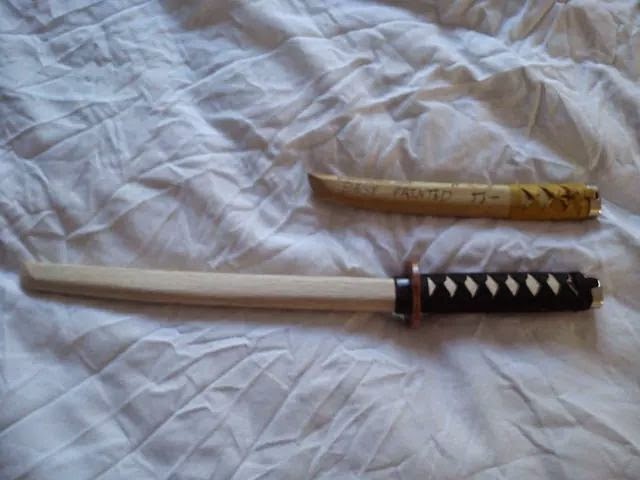 The guys all said they had had a great time at the event and are eager for a third one this sort of time next year. This will be going ahead as will a number of other Bushido events over the next 12 months ;-D
Final standings for Bunkermitzu 2014 were as follows:
1st Sherwin STS
2nd Undead_Ich Cult
3rd Darren Lysenko (Best Painted) Ito
4th Shearov Temple
5th Rid (Me!) Cult
6th MrMccook Temple
7th MrStu Temple
8th Tom Wall (Spoon of Enlightenment) Ito﻿
Posted by Ridmasta at 13:07