On wednesday night at the Bunker, myself and my mate Shape (Dont ask!) played our first game of Bushido. We used starter boxes of Ito and Cult of Yurei and fought the Idols scenario:


Cult of Yurei Setup - Shape has done a cracking job painting these!
﻿ 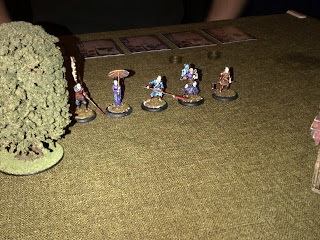 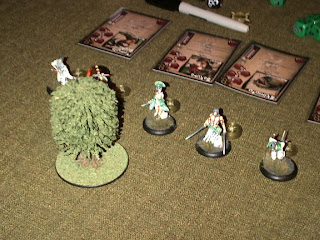 Turn 1 - Both forces adavnce upfield, the more support role characters like Kato and Sakura focus to gain more kii for the coming battle. 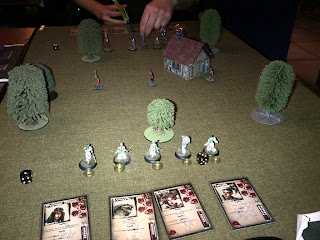 Turn 2 - Battle is joined around the Idols, two are contested by Temple Bushi as Itsunagi and Akimoto more on to engage the oncoming Kairai. 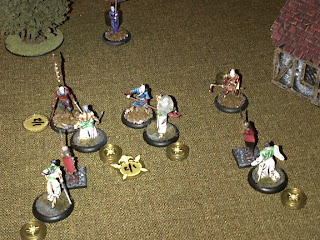 Turn 3/4 - The Cult gain control of Akimoto, and Itsunagi is forced to kill him before he can kill a Temple Bushi controlling an Idol! the Ito were hacking down kairai on several occasions but the unstoppable undead were rising up again! 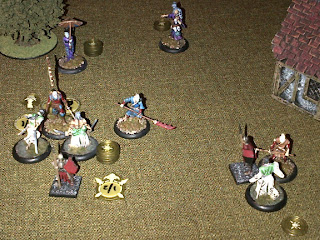 Turn 5/6 - Disaster strikes! The Mannaquin controls Itsunagi after a school boy error by me, he then kills a Bushi which enables the Cult to capture a Idol off me. My last Bushi is killed with the end of turn 6 but i still control one Idol earning a draw haha! 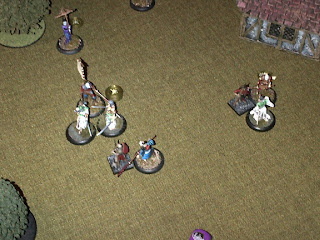 We had a great time playing this and had a small crowd watching the action throughout, we made a few mistakes on subsequent reading of the rules again yesterday such as order of second actions and how long the mannaquin is in control of a victim and what it can do whilst under control but thats what playtime experience is for.
We have arranged a rematch for next week which should be smoother and quicker to fight!﻿
﻿
Posted by Ridmasta at 23:37