First in what will hopefully be of many, a small Wasteman Battle Report featuring the two starter sets i have painted up so far:

I set up the wasteland road map i picked up earlier in the year with a mix of Plasticraft games "Post Apocalypse" range and some of Thunderchilds Rad Town scatter terrain.

Jacob then had the choice of which side he wanted and which of the posses he wanted to use... being a natural gamer he just chose where he was sat already and he wanted the Cybjorgs haha.


I won the roll for deployment and so put my minis in some cover as we were both packing a couple of Assault Rifles with a big 20 inch range! 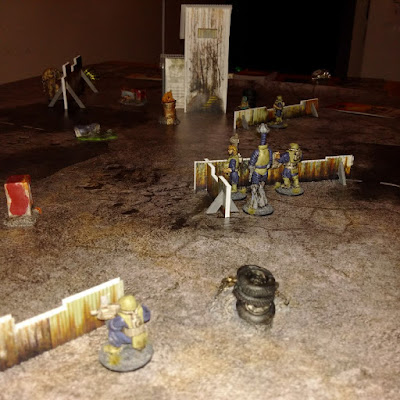 Jacob pretty much mirrored my deployment with his guys in cover, and with that we were ready to start our game. We played a turf war so had to try and get our guys across the board into the enemy deployment area! 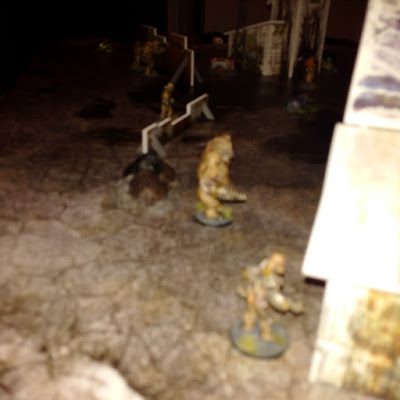 Turn 1 and action was already hotting up with first blood to the Cybjorgs... Tobledrone at the very top of the photo gacked my Heavy mediator with his Mini Gun!!

The second photo shows our positions end of Turn 1, The Cybjorgs advancing up field with the LC cornered in the bottom left... My guy on the bottom right is seriously injured already by the Cybjorg Jarl and will take no further part in the game. 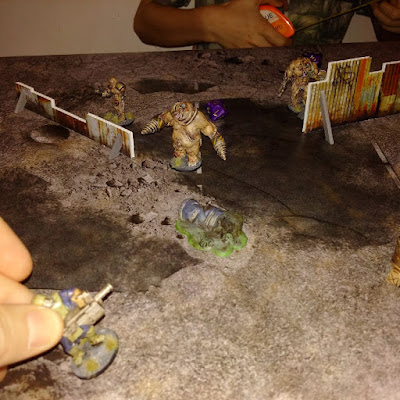 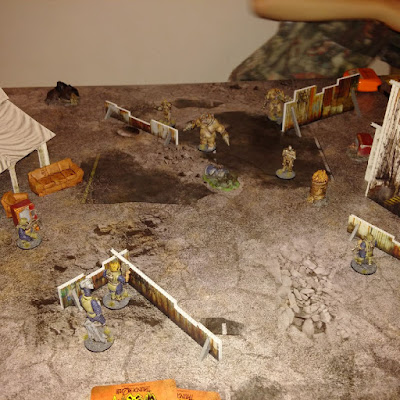 Turn 2 saw plenty of shooting from both sides along with lots of MAD cards... I was able to catch Grendel in a tornado and fling him back across the board after he tried chainsawing my Mediator camped by the bottom Vending Machine haha.

The highlight of the turn tho was my Advocate gunning down the Cybjorg Jarl, crippling Grendel then crippling a Hauser all in one activation with her OO-Z and 3AP yeah boi! 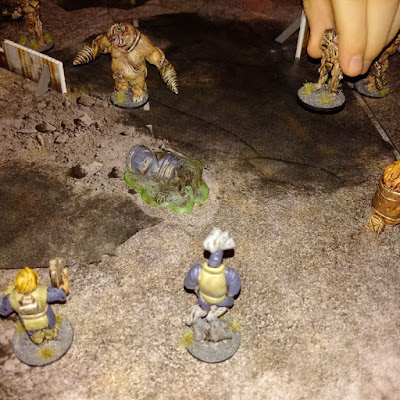 Turn 3 and we were both on four models, Grendel was poised to get to my Advocate after some fluff rolls, so it was with luck i pulled a Mutant Mutilator card and powered up my Emissary to smash out the fat angry guy with the drills!

Jacob retaliated with a foot stomp from a passing globe strider but it only spooked my Mediator and Advocate i had left clumped together. A passing Planetary Bombardment failed to kill off my seriously injured Mediator at the bottom of the board. 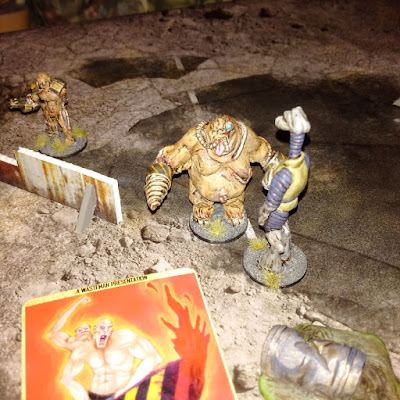 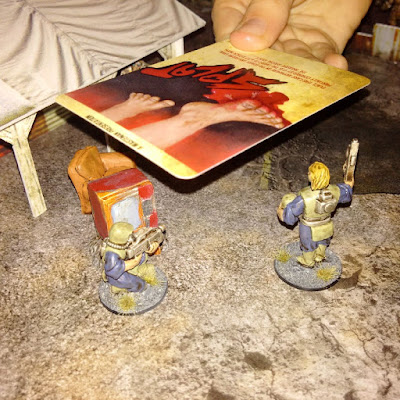 Turn 4 had us both short on numbers, my Advocate took out a Hauser, another Hauser seriously injured the Emissary and my superstar Mediator still camped by the vending machine was able to finally remove Jacob's Tobledrone next to the top vending machine.

Revenge was swift tho as his surviving Hauser was able to kill off my Advocate leaving us with one functioning model each! 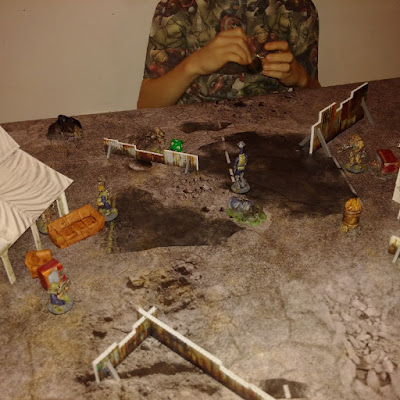 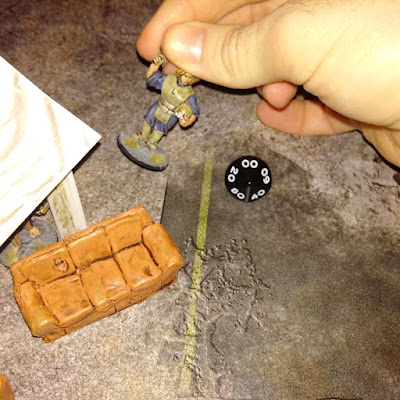 Turn 4 i was able to seriously injure the last Hauser so he couldnt move to get anymore MAD cards so we called it there as he had no way to heal up his guys.

Despite this glum chops, we both really enjoyed the game and will be looking to play again very soon... Jacob with Kritters and me with Bandits who are currently sitting half painted hehe 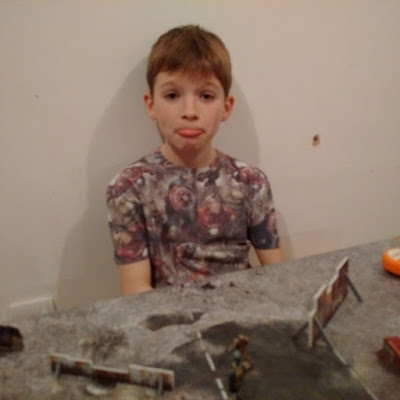