As on saturday, i managed to paint these two Marvel minis in between drying coats on my next ten Bloodreavers: 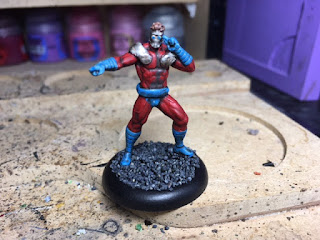 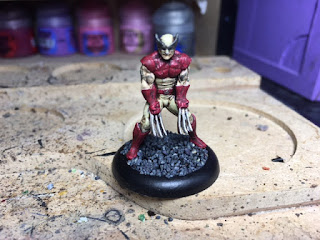 Ant Man isn't the best, he is a conversion from a spare cyclops and a spare Star Lord head i had planned, unfortunately the scale isn't quite right with the head being a touch too small... one day i will make another with Reverse Flash's body as that looks a better fit.

Daken is Wolverine's son, and so simply painting the existing Wolverine model in the apporopriate scheme was an easy fix haha.