The Walking Dead: All Out War

I have been tasked with painting up the models from The Walking Dead: All Out War box game, and will eventually have all the expansions and booster sets to do! I have completed the six survivor models so far: 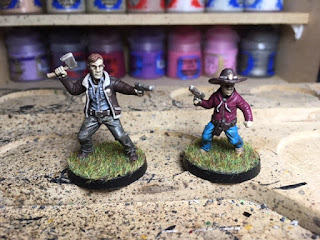 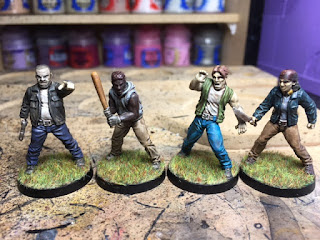 Despite being one piece plastic models, these are easily some of the best models i've worked on so far; the detail is crisp and the models are characterful yet simple to paint up... I take my hat off to Mantic, these are great minis!

The Walkers in the box are twelve individual sculpts so im going to tackle them in two batches of six so should have another post on these a bit later in the week.

Email ThisBlogThis!Share to TwitterShare to FacebookShare to Pinterest
Labels: Commissions, The Walking Dead