Yesterday was Salute, that magical day in the calendar for gamers when they get to wander round a big hall playing games and buying all kinds of new shiny to add to the lead pile haha. This year was a bit different for me as I was taking Jacob rather than demoing!


We got there for opening and decided to get the bulk of the shopping done early and out of the way, so we both were carrying around a good haul; him with some new additions to his Everblight army and a new Dreadball team, and me with the new SAGA Revenants warband and second part of my Twilight kickstarter with the Kedashi Swarm of Frenu and the latest releases from Infamy Miniatures.


With this out of the way it was time for some games:


First up was Lords of War 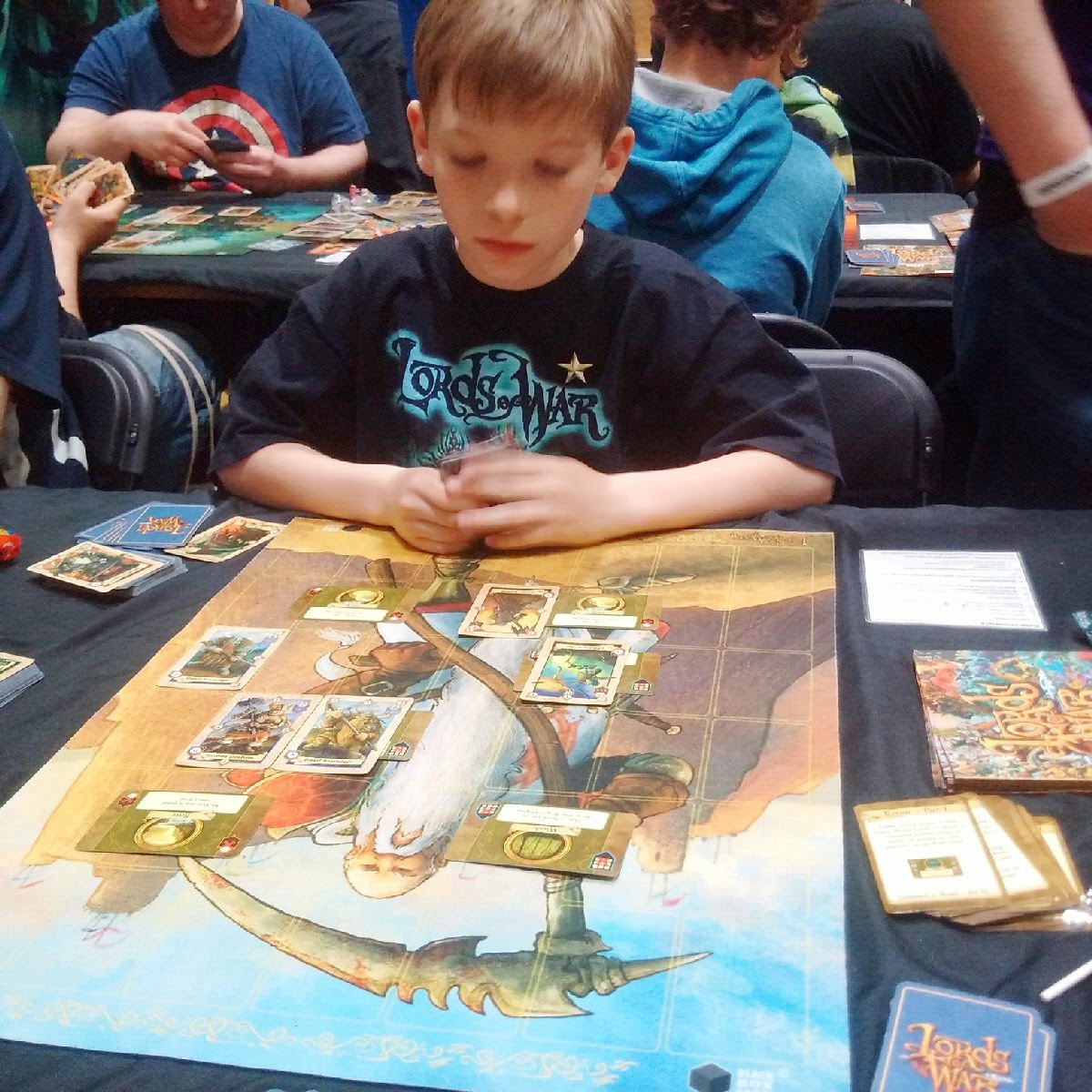 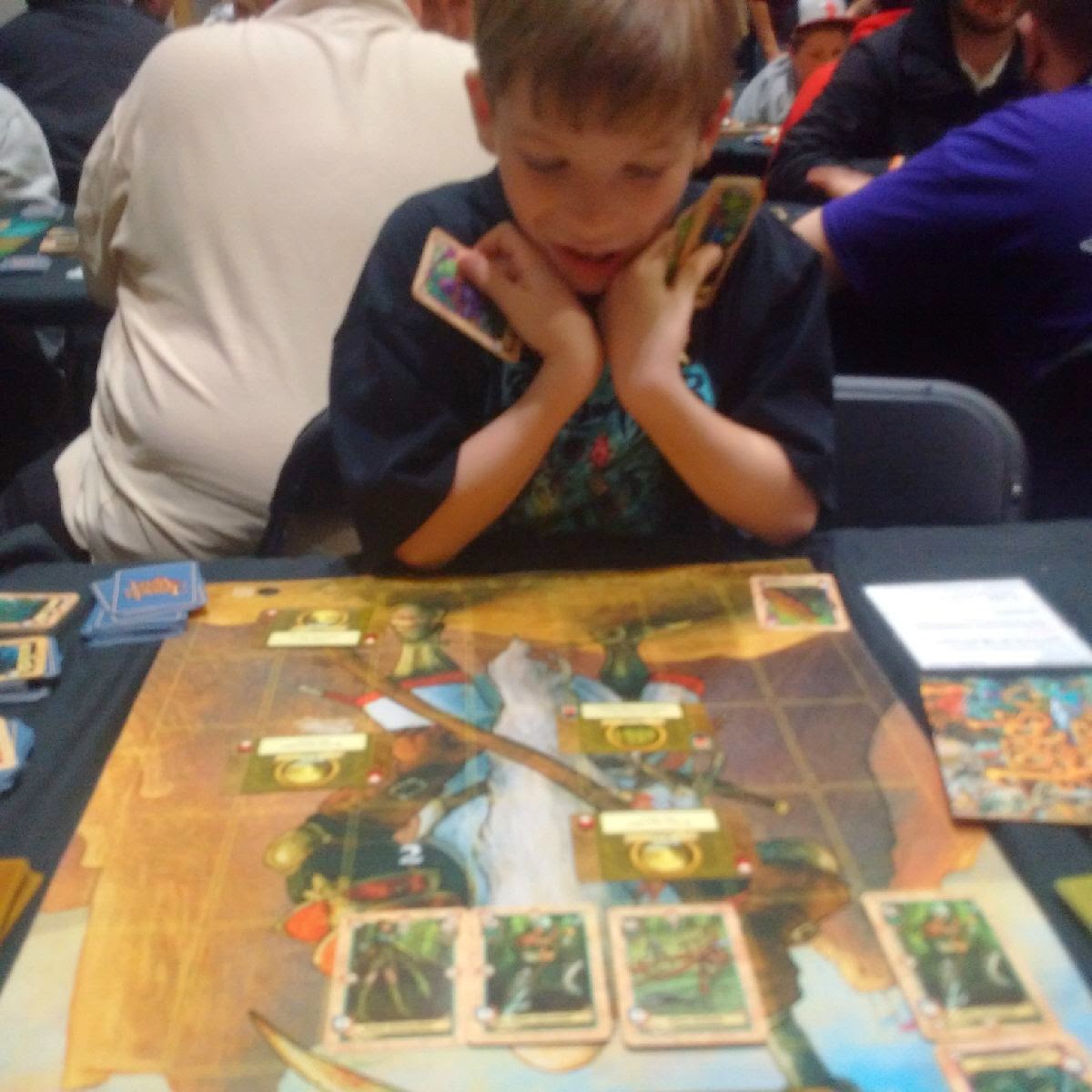 We had a couple of games of this awesome card game, met and had a good chat with Martin who runs Black Box Games... Jacob was in his element but sadly for him it was Dad 2 Cobby 0 mwhaha﻿
Next up was a quick trip over to the excellent Bunker demo game of X-Wing and Dave's trench run board... We ended victories has a beaten up Y-Wing was able to fire the torpedoes down the exhaust for the win:
﻿ 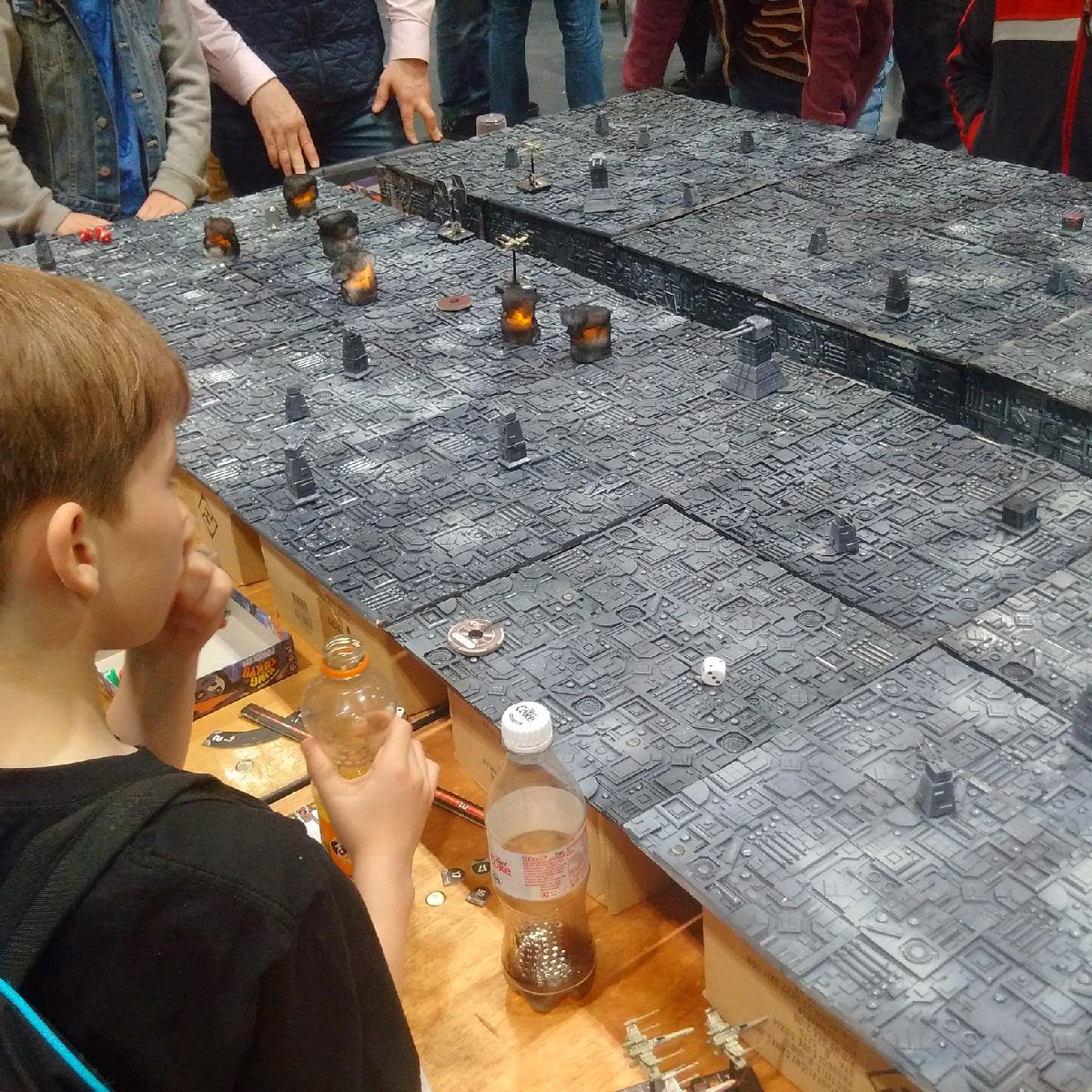 Dropzone Commander caught his eye and we got to fight against one another in a starter box demo run by one of the Talon's demo team:
\
﻿ 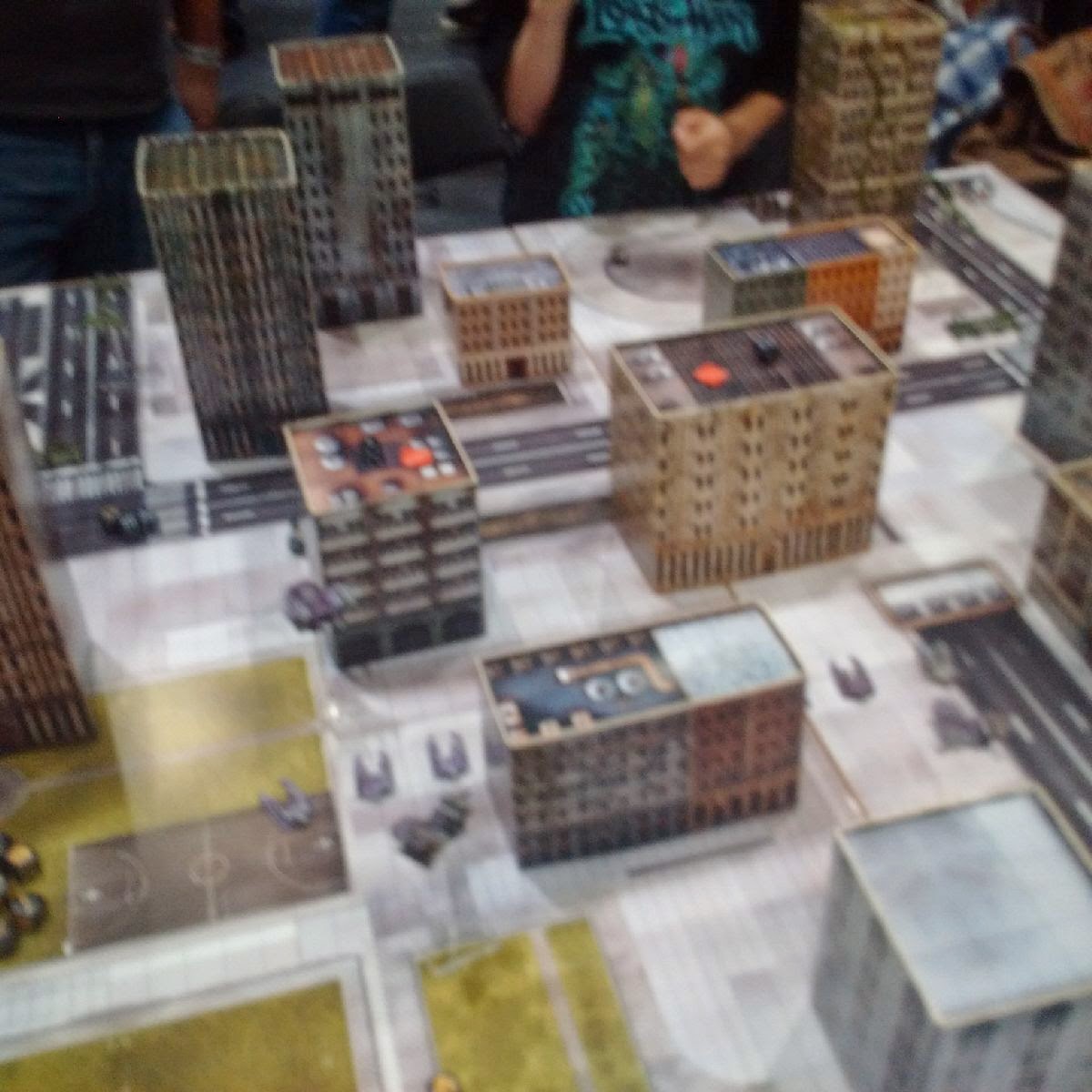 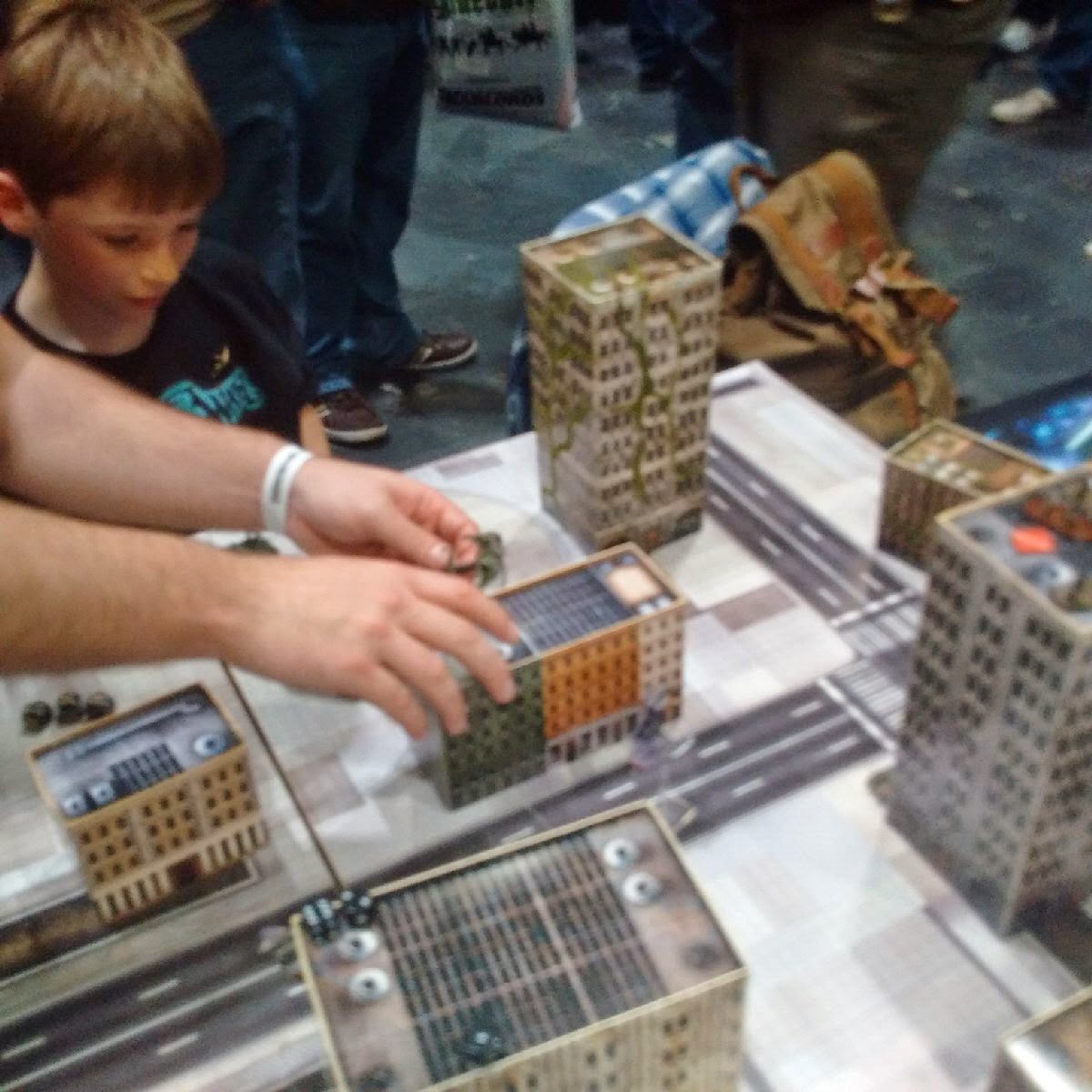 Our close fought game ended in a draw and it was a lot of fun to play so expect some more DZC to appear on the blog in the future...
We stopped by Spartan Games to have a look at the new HALO game. These first two pics are of a show table that had more of the larger ships like that Covenant Heavy Cruiser for display and the Spartan designers were on hand to chat and go through things: 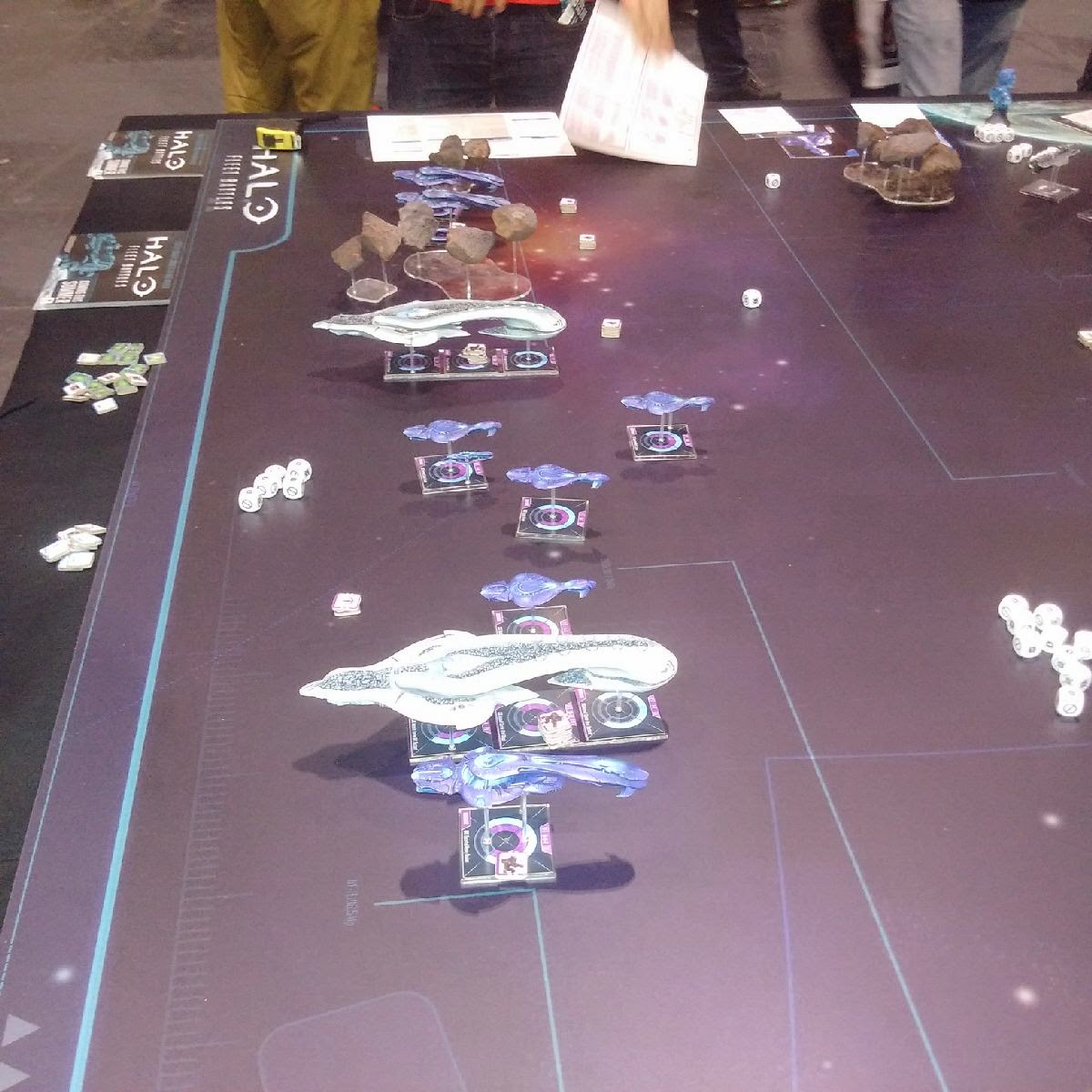 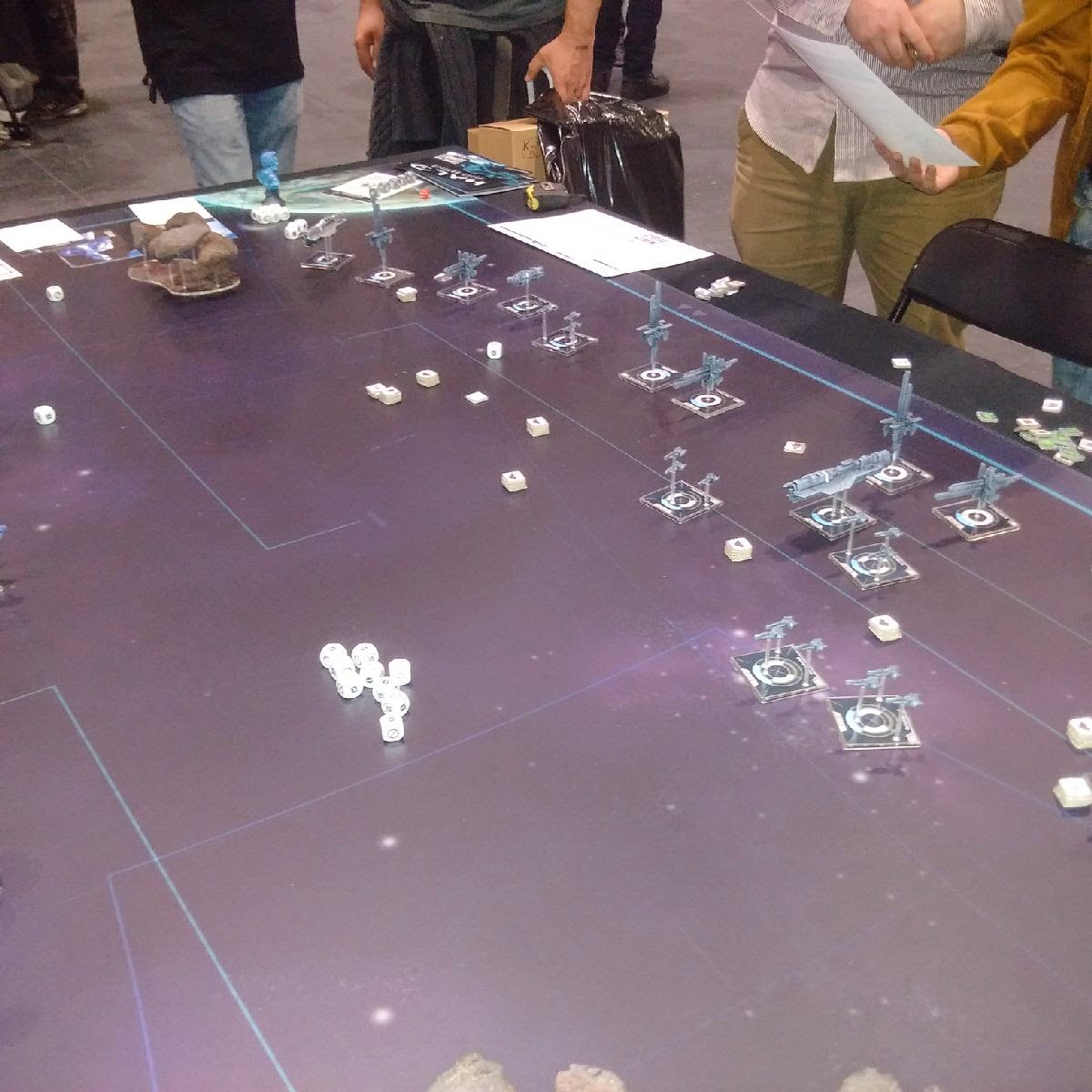 These next two are of the demo table they were running which looked like it was starter box contents: 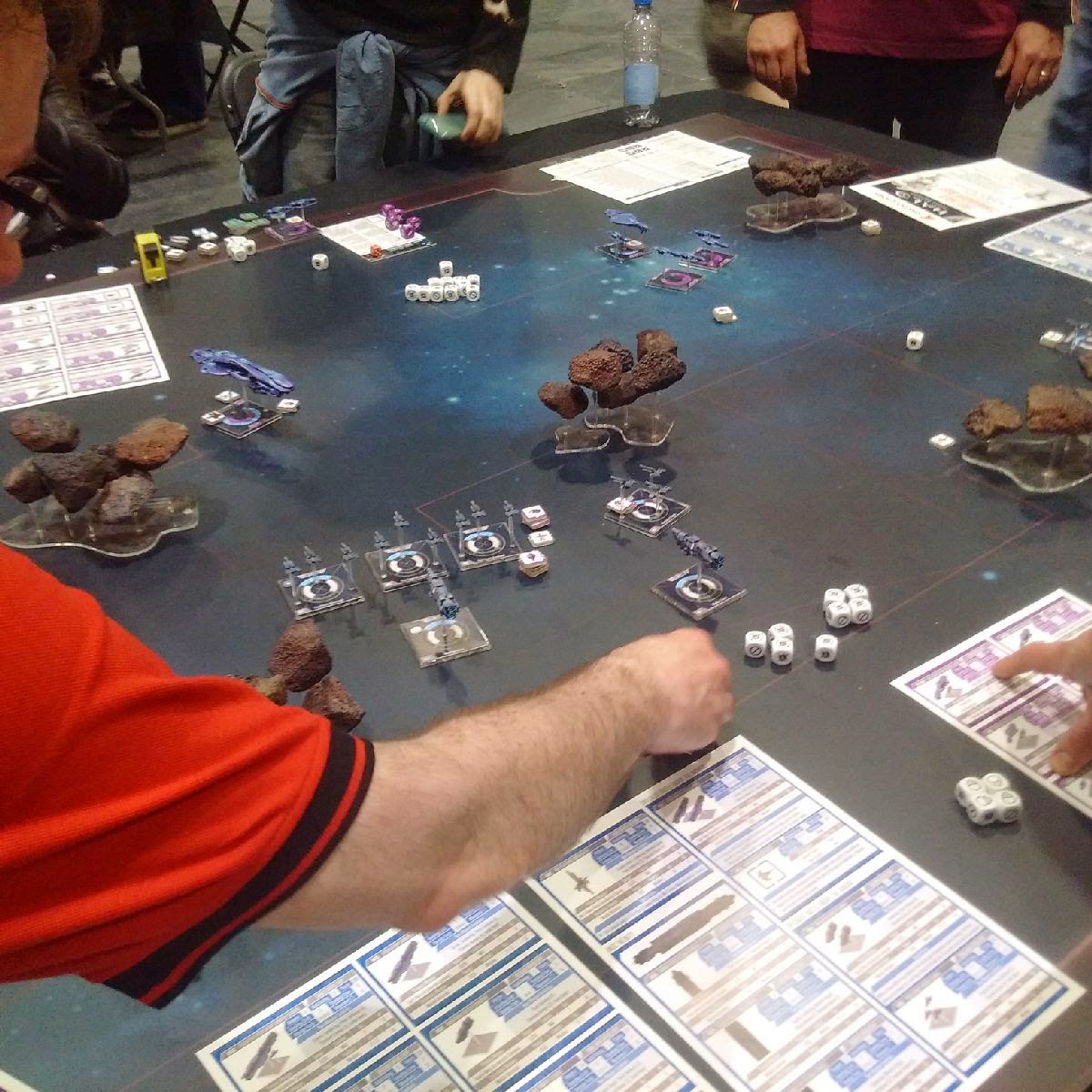 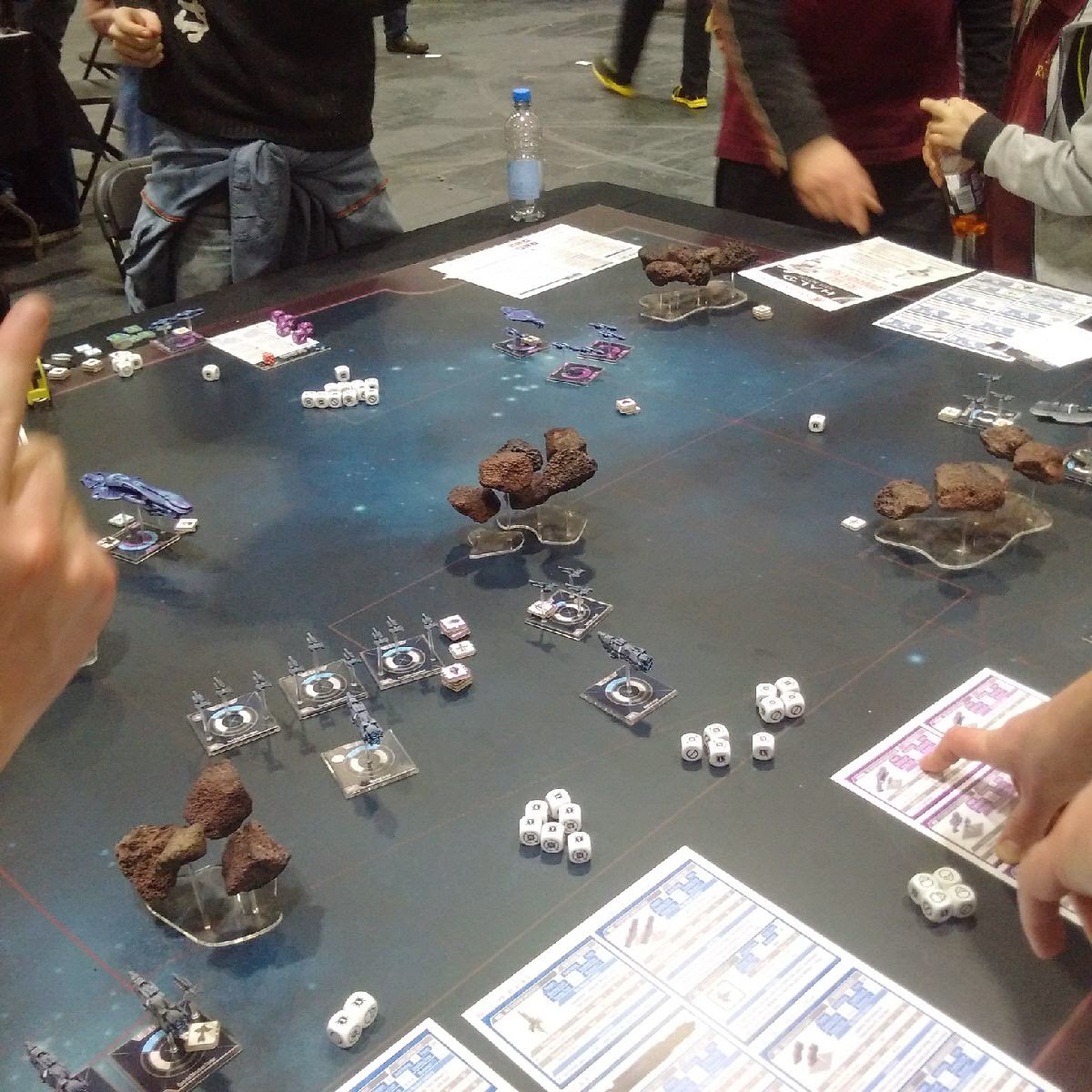 ﻿
The day was getting late so a quick stop by GCT for a catch up with the guys and to have a browse of the minis for Rise of the Kage, a few unreleased minis in the cabinet and quite a bit of the Tengu art: 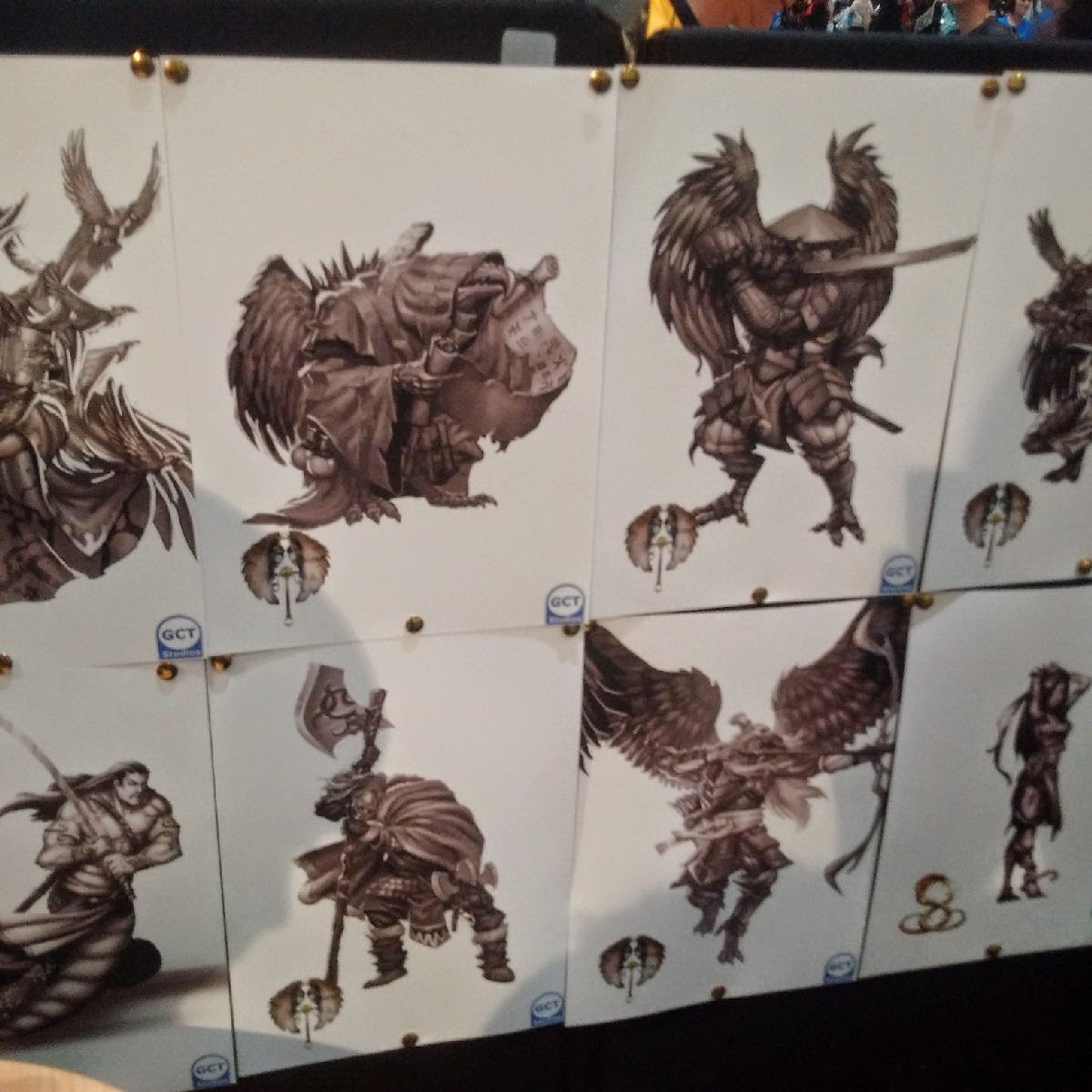 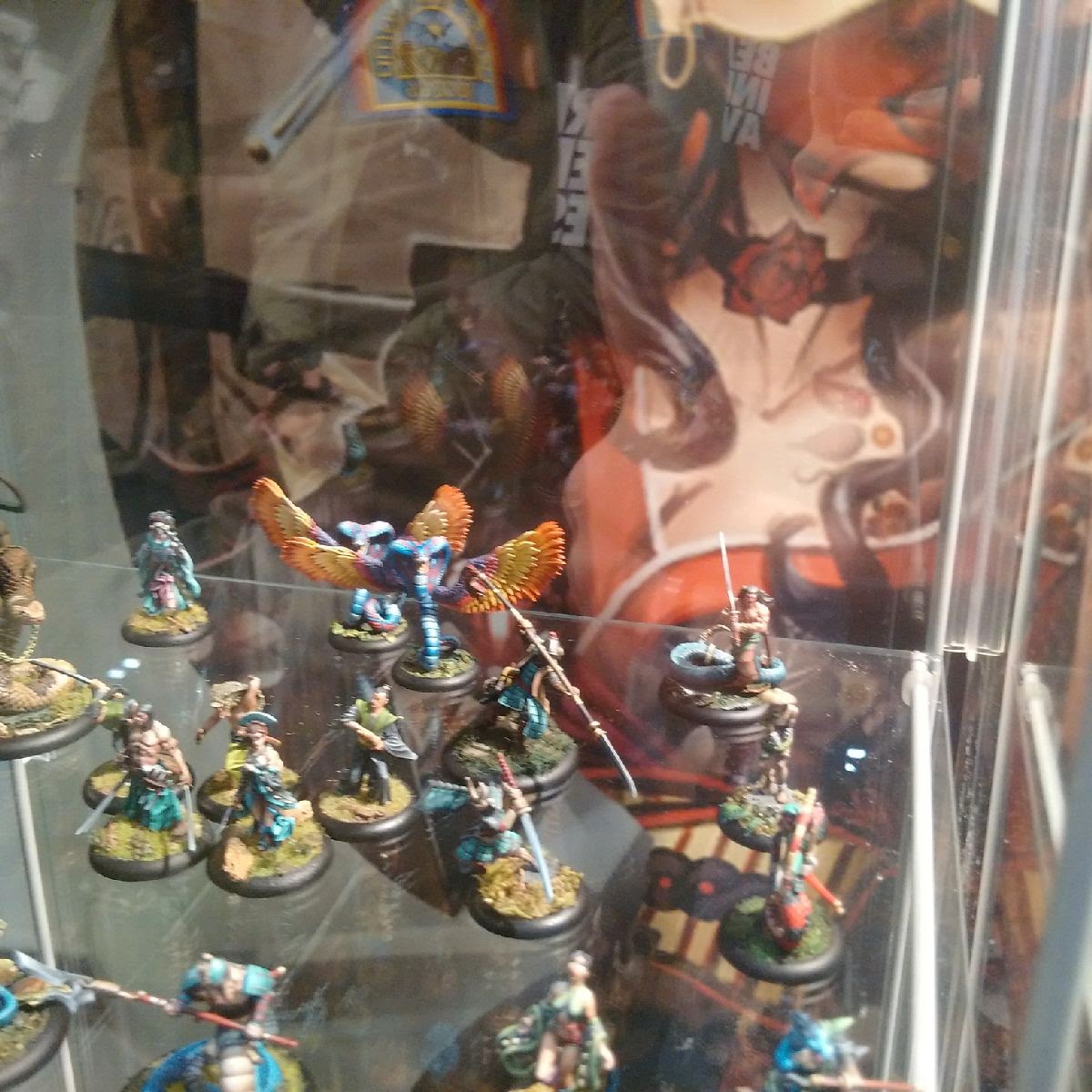 Naturally you will see these all on the blog upon release :-D
All in all another great day out, catching up with old friends, buying too many toyz and playing loads of games so what more could you ask for!﻿
﻿
﻿
Posted by Ridmasta at 00:26